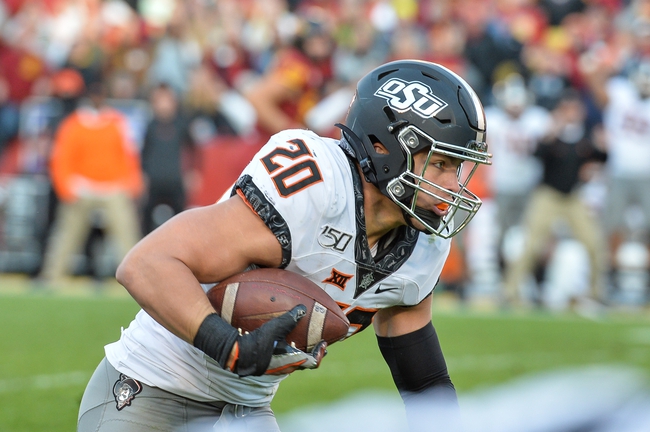 The TCU Horned Frogs and the Oklahoma State Cowboys will match up on the college football field Saturday.

TCU rolls in here at 4-3 so far. The Frogs have losses to SMU, Iowa State and Kansas State but have otherwise beaten AR-Pine Bluff, Purdue, Kansas and Texas.

In the win over the Longhorns, TCU quarterback Max Duggan posted 273 yards with two TDs and an INT, and also led the rush with 72 yards and another score. Taye Barber was the top receiver with 94 yards on five grabs.

Over on the OK State side, they’re 5-3 this year. The Cowboys’ losses have come courtesy of Texas, Texas Tech and Baylor but otherwise they’ve beaten Oregon State, McNeese State, Tulsa, Kansas State and Iowa State.

In the win over Iowa State, Oklahoma State QB Spencer Sanders managed 249 yards with two TDs and a pick, while Chuba Hubbard had 116 yards and one TD rushing. Tylan Wallace had a good day receiving on 131 yards and a score from eight catches.

TCU seems back on track now after falling in three games out of four, and after something of a scoring lull over a two-game stretch, the Frogs posted 37 against a pretty good Texas team.

Oklahoma State has no issues scoring themselves, as they’ve registered at least 26 points in every game this season. I’m not going to overthink this one; I’ll just stick with the Cowboys on the cover here.