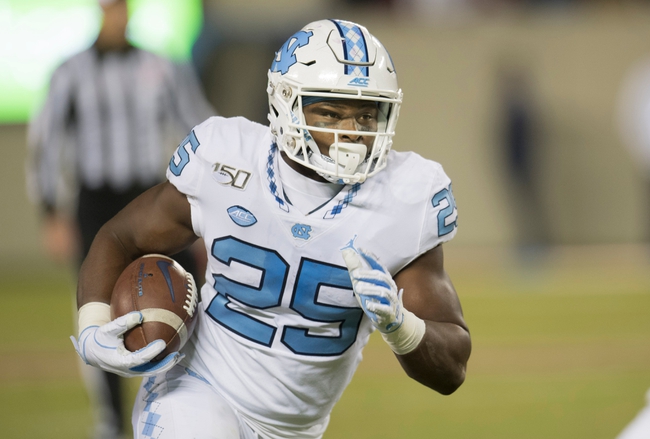 The Virginia Cavaliers and the North Carolina Tar Heels will match up on the college football circuit Saturday.

Virginia comes into this one at 5-3 so far. The Cavs have taken out Pitt, W&M, Florida State, Old Dominion and Duke so far but lost to Notre Dame, Miami-FL and Louisville.

In the loss to the Cardinals, Virginia QB Bryce Perkins posted 233 yards with a TD and an INT, and Wayne Taulapapa managed 54 rush yards with two scores. Hasise Dubois led the receivers there with 93 yards on seven grabs.

Over on the North Carolina side, they’re 4-4 so far. The Tar Heels’ losses have been to Wake Forest, App State, Clemson and Virginia Tech while they’ve beaten South Carolina, Miami-FL, Georgia Tech and Duke.

Virginia started out at 4-0 on the year, but they’ve now lost three of their last four games. In fairness, one of those losses was to a good Notre Dame team and the other two came by eight and seven points respectively, so it’s not as bad as it sounds.

UNC should serve as another tough opponent here, as the Tar Heels haven’t been blown out this season, and their losses have come against solid teams. I’m going to stick with North Carolina on the cover.