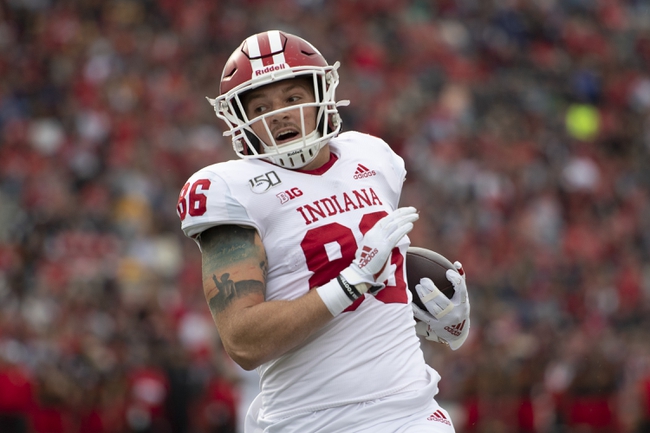 The Indiana Hoosiers look for another win to build on their three-game winning streak. The Indiana Hoosiers have won three of their last four home games. Michael Penix Jr. is completing 69 percent of his passes for 1,232 yards, 10 touchdowns and four interceptions. Penix has nine touchdown passes in his last four games. Whop Philyor and Peyton Hendershot have combined for 1,128 receiving yards and seven touchdowns while Ty Fryfogle has 29 receptions. The Indiana Hoosiers ground game is averaging 137.7 yards per contest, and Stevie Scott III leads the way with 621 yards and seven touchdowns. Defensively, Indiana is allowing 22.1 points and 324.1 yards per game. Micah McFadden leads the Indiana Hoosiers with 39 tackles, Demarcus Elliott has three sacks and Jaylin Williams has one interception.

The Northwestern Wildcats are 11-4-1 ATS in their last 16 games as a double-digit underdog. The Indiana Hoosiers have covered six of their last 10 games as a double-digit favorite. The Northwestern Wildcats have been able to compete despite these losses, but they're average just 7.6 points during their five-game losing streak and it's really hard to win or cover when the offense is providing nothing. The Indiana Hoosiers continue to put points on the board and have been one of the better covering teams in the Big Ten this season. I can't back Northwestern and it's inability to score points. I'll lay the chalk with the Hoosiers at home.