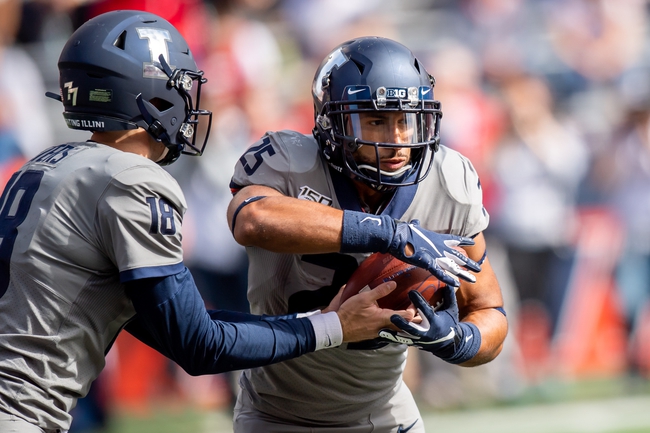 The Rutgers Scarlet Knights have failed to cover six of their last eight games as a double-digit road underdog. The Illinois Fighting Illini have covered four of their last five games as a double-digit home favorite. Rutgers actually looked decent last week in its win over Liberty, but you still have to be concerned with a team that's allowed 30 or more points in seven straight games. Illinois avoided the letdown after its win over Wisconsin by beating up on Purdue, and now the Fighting Illini have a chance to win three straight games for the first time in over eight years. I'm not trying to lay three touchdowns with Illinois, but we know the history with the Scarlet Knights and it's not pretty. Despite last week, Rutgers doesn't cover numbers. You're sitting on a pile of cash if you just blindly fade Rutgers each week.