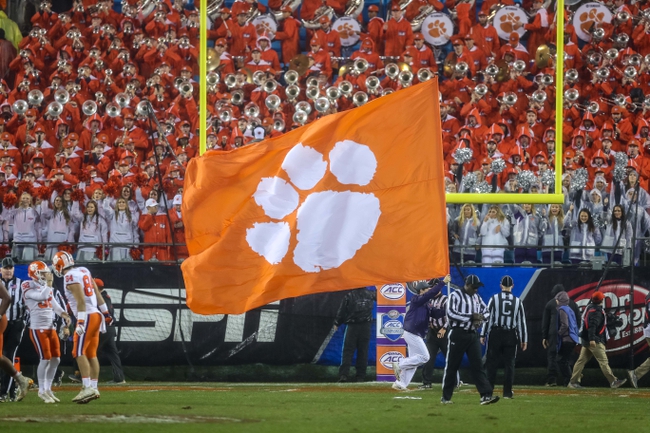 The Line: Clemson Tigers -47 Click Here for the Latest Odds

The Wofford Terriers and the Clemson Tigers will match up on the college football gridiron Saturday.

Wofford is sitting at 5-2 on the year. The Terriers have fallen to SC State and Samford but taken out Gardner-Webb, VMI, East Tennessee State, WCU and Chattanooga since.

In the win over the Mocs, Wofford QB Joe Newman posted 134 yards, while Blake Morgan managed 82 rush yards. Newman was also effective on the ground with 66 yards and three scores.

Over on the Clemson side, they’re unblemished at 8-0 so far. The Tigers have taken out Georgia Tech, Texas A&M, Syracuse, Charlotte, UNC, Florida State, Louisville and Boston College this season.

Wofford’s win over the Mocs wasn't exactly the prettiest thing in the world, but they got the W and are sitting on a five-game win streak after a sketchy opening pair. The Terriers have been scoring well in their streak, posting at least 35 points in each game.

Then there’s Clemson, who has made a habit of destroying teams this season (outside of the UNC scare, that is). Still, all things considered I like Wofford’s offensive potential just enough for them to eke into a cover in this one, so long as they don’t come in overwhelmed.