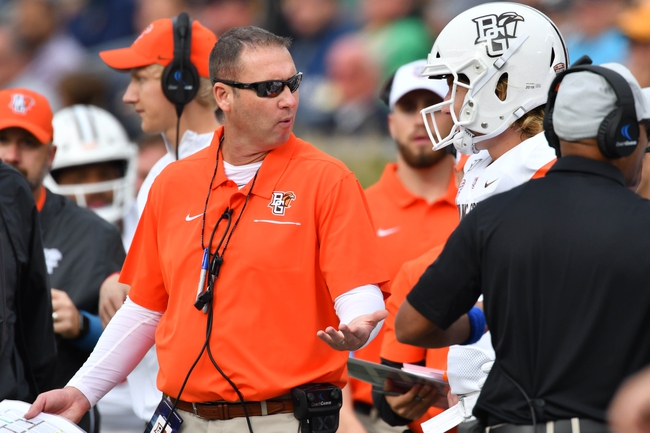 The Akron Zips could use a victory here to rebound from an awful 0-8 record. The Akron Zips have lost each of their last seven road games. Kato Nelson is completing 57.6 percent of his passes for 1,270 yards, eight touchdowns and three interceptions. Akron quarterbacks have combined for nine touchdown passes and eight interceptions. Nate Stewart and Dustin Burkhart have combined for 757 receiving yards and four touchdowns while Michael Mathison has 29 receptions. The Akron Zips ground game is averaging 55.2 yards per contest, and Brandon Lee leads the way with 157 yards on 53 carries. Defensively, Akron is allowing 35.8 points and 404.4 yards per game. John Lako leads the Akron Zips with 97 tackles, Josh Ward has two sacks and Shawn Featherstone has one interception.

The Akron Zips have failed to cover five of their last seven games as a road underdog. The Bowling Green Falcons have failed to cover seven of their last eight games as a home favorite. The Bowling Green Falcons are one of the worst defensive teams in the country and have won once since September, so laying chalk with them just feels weird. However, the Akron Zips have scored a combined three points in their last three games and haven't won a game in a calendar year. Akron also isn't covering numbers during this losing stretch. So, you have no choice but to lay the touchdown with Bowling Green.