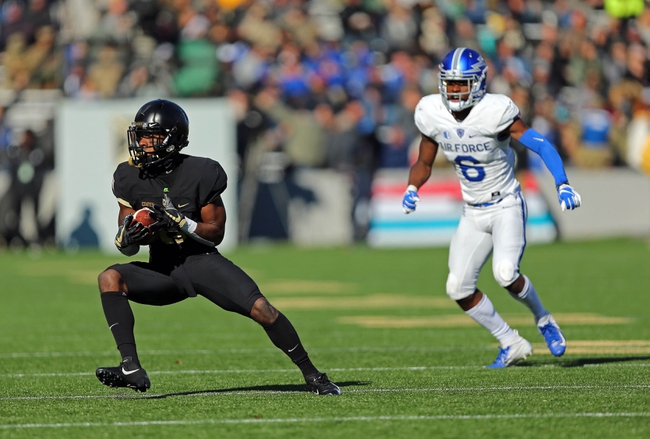 The Army Black Knights and the Air Force Falcons meet in a week 10 college football tilt from Falcon Stadium on Saturday.

The Army Black Knights will be out to snap a four game losing skid after a 34-29 loss to San Jose State in their last outing. Kelvin Hopkins Jr. had 50 passing yards and a touchdown through the air while Christian Anderson had a team-high 87 rushing yards and 2 touchdowns. Kell Walker and Jabari Laws each had 50+ rushing yards in the win while Camden Harrison has 4 catches for 54 yards and a TD. Defensively, Javhari Bourdeau led the Black Knights with 6 total tackles. As a team, Army is averaging 338.9 yards of total offense and 26.1 points per game while allowing 352.9 yards of total defense and 23.2 points per game against this season.

The Air Force Falcons will look to build on their current three game winning streak after a 31-7 win over Utah state last time out. Timothy Jackson led the Falcons with 148 rushing yards and a touchdown while Kadin Remsberg had 92 rushing yards with 2 touchdowns and Taven Birdow had 88 rushing yards and a score. The entire Falcons team combined for 448 yards on 78 carries in the winning effort. Defensively, heading into the Utah State game, Demonte Meeks led the Falcons with 49 total tackles and 2.5 sacks while Kyle Johnson had 43 total tackles and Jordan Jackson had 2.5 sacks as well. As a team, Air Force is averaging 439.6 yards of total offense and 37.4 points per game while allowing 335.7 yards of total defense and 24 points per game against this season.

Air Force is playing the much better football right now, so getting them as a favorite at home here makes sense. However, you have two teams that run the option well, and when that’s the case, you’re going to see a lot of scoring, a lot of time come off of the clock or both. I don’t know if I truly see Air Force pulling away from Army enough to cover this spread. Army’s record isn’t pretty, but they’ve been competitive in all of their losses, not losing a game by double-digits this season. There’s just a lot riding on this rivalry game, and in a situation like this, I’ll want the points in my back pocket.