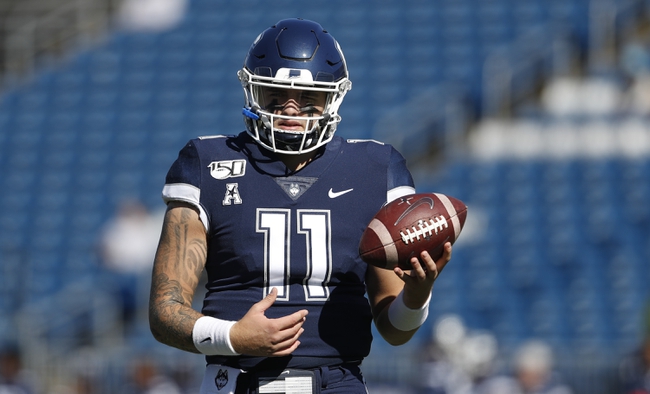 The Navy Midshipmen have covered five of their last eight games as a double-digit favorite. The UConn Huskies have failed to cover five of their last eight games as a double-digit underdog. Navy has been one of the more consistent teams in the AAC this season, but its ground game can chew up the clock and lead to less chances to open games up. The UConn Huskies are coming off their best performance of the season, and while it came against UMass, it's still progress considering UConn usually has issues against anybody it plays. Friday night under the lights, primetime on national TV, I expect UConn to put together an honest effort and keep this game competitive.