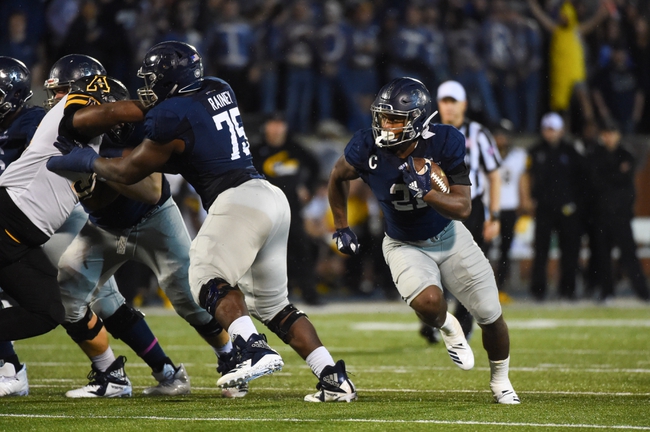 The Georgia Southern Eagles come into this game looking to build on their current three game winning streak after a 41-7 win over New Mexico State in their last outing. Wesley Kennedy III and J.D. King each had 143 rushing yards and 2 touchdowns while Shai Werts had 67 rushing yards. Defensively, Rashad Byrd had a pick-six and Kindle Vildor added an interception of his own while Todd Bradley had a team-high 8 total tackles in the winning effort. As a team, Georgia Southern is averaging 312.1 yards of total offense and 25.1 points per game while allowing 342.3 yards of total defense and 28 points per game against this season.

The Appalachian State Mountaineers will look to maintain their unbeaten record, improving to 7-0 with a 30-3 beatdown of South Alabama in their last outing. Zac Thomas threw for 132 yards and a touchdown while Raykwon Anderson led the Mountaineers with 99 rushing yards and Marcus Williams Jr. added 94 rushing yards with both logging a rushing TD. Thomas Hennigan led App State with 6 catches for 58 receiving yards and a touchdown. Defensively, Noel Cook and Jordan Fehr each had a team-high 7 total tackles with Cook logging 4 solo tackles and a sack. As a team, Appalachian State is averaging 439.6 yards of total offense and 41 points per game while allowing 326.6 yards of total defense and 19 points per game against this season.

Betting against an option team like Georgia Southern can be dangerous as when the option offense is working and clicking, it scores points in a hurry, chews up a lot of clock, or both. However, as tough as Georgia Southern has hung in with some solid opposition like Louisiana-Lafayette and Minnesota, I just think that App State poses a completely different test to the Eagles, and are arguably the most balanced team in the Sun Belt. I think this is a game that App State eventually breaks out and runs away with, so I’ll lay the points with the Mountaineers in this one.