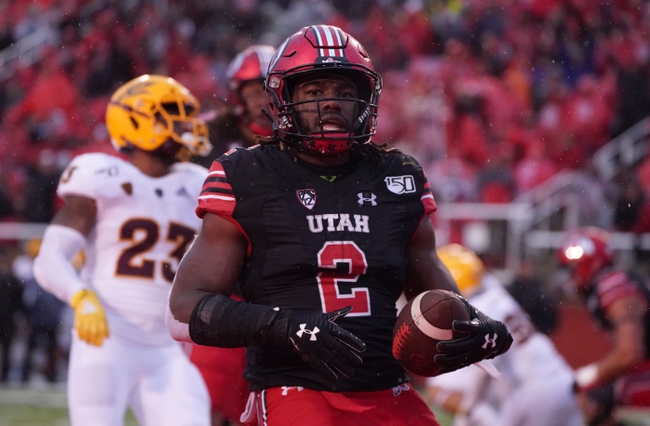 The California Golden Bears and the Utah Utes will meet up on the college football circuit Saturday.

Cal comes in here at 4-3 so far. The Bears have wins over UC Davis, Washington, North Texas and Mississippi but have lost their last three to Arizona State, Oregon and Oregon State.

In the loss to the Beavers, Cal QB Devon Modster posted 151 yards and a TD, and also led the rush with 76 yards. Nikko Remigio was the top receiver with 51 yards on four catches there.

Over on the Utah side, they’re 6-1 so far. The Utes’ lone loss came versus USC but otherwise they’ve beaten BYU, NIU, Idaho State, Washington State, Oregon State and Arizona State.

In the win over the Sun Devils, Utah QB Tyler Huntley put up 171 yards and an INT, and Zack Moss had 99 yards with two scores. Moss also led the receivers on 78 yards from three grabs.

Cal gets a pass for falling to two strong schools in Arizona State and Oregon—and they played well against both of them. That said, the Bears really should have taken care of Oregon State. California has been eking by in most of their wins this season as well; they’re always competitive but far from a sure thing.

Utah has just been steamrolling over their last three games, so I’m not getting cute here. I’ll take the Utes.