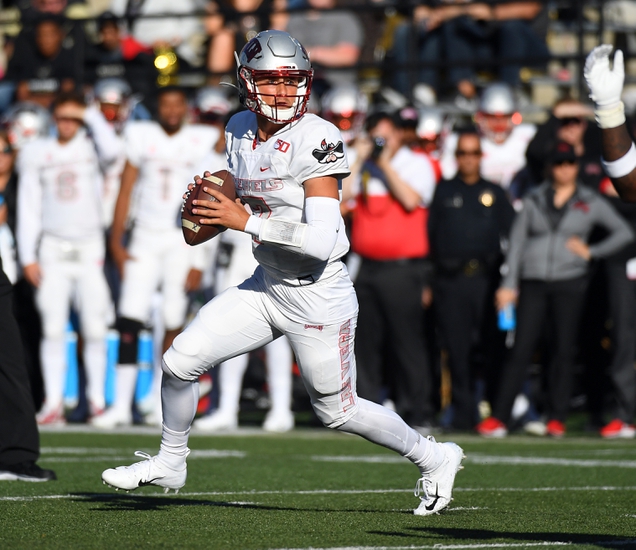 The San Diego State Aztecs and the UNLV Rebels will match up on the college football gridiron Saturday.

In the win over SJSU, San Diego State QB Ryan Agnew put up 88 yards passing, and Juwan Washington had 78 yards and a TD rushing. Chase Jasmin added another 70 rush yards and a TD.

Over on the UNLV side, they’re 2-5 so far. The Rebels' wins have come against Vanderbilt and Southern Utah, and otherwise they've been dispatched by Arkansas State, Northwestern, Wyoming, Boise State and Fresno State.

In the loss to the Bulldogs, UNLV quarterback Kenyon Oblad posted 257 yards, three TDs and three INTs, and Charles Williams added 82 rush yards. Noah Bean put up 105 yards and a score on two catches as well.

San Diego State got a big boost from a kick-return TD last week so their offensive numbers weren’t stellar, but they had a solid ground game working and kept chugging along just like usual.

UNLV has come back from a scoring lull (17 or fewer scored in four straight) to post 61 points over their last pair, but they’re still struggling to keep everything consistent. I’m going to stick with the Aztecs on the cover here.