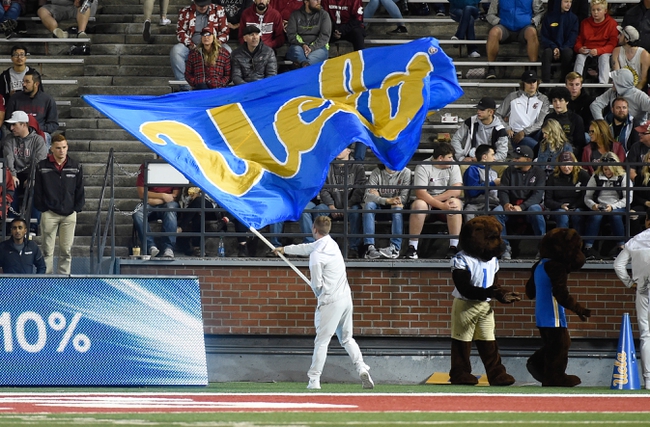 The Arizona State Sun Devils and the UCLA Bruins will match up for college football action on Saturday.

Arizona State enters this one at 5-2. The Sun Devils have taken out Kent State, Sac State, Michigan State, Cal and Washington state but have lost to Colorado and Utah.

In the loss to the Utes, Arizona State QB Jayden Daniels had 25 yards and a pick on just four completions. Eno Benjamin had a solid outing however, rushing for 104 yards on 15 carries.

Over on the Bruins’ side, they’re 2-5 this year. UCLA has lost to Cincinnati, San Diego State, Oklahoma, Arizona and Oregon State but gotten wins over Washington State and Stanford.

In the win over Stanford, Bruins QB Dorian Thompson-Robinson put up 192 yards with two TDs and an INT. Joshua Kelley added 176 rush yards and a score while Kyle Philips had 100 yards and two scores on 10 receptions.

Arizona State couldn’t get anything going against a strong Utah team, and fell in their last outing 21-3 on the road. The Sun Devils have been playing with fire over their last five games, with the three of their wins coming by seven points or less.

UCLA has some scoring potential, and they’ve posted 65 points over their last pair. I’m going to go with the Bruins to eke in there and cover.