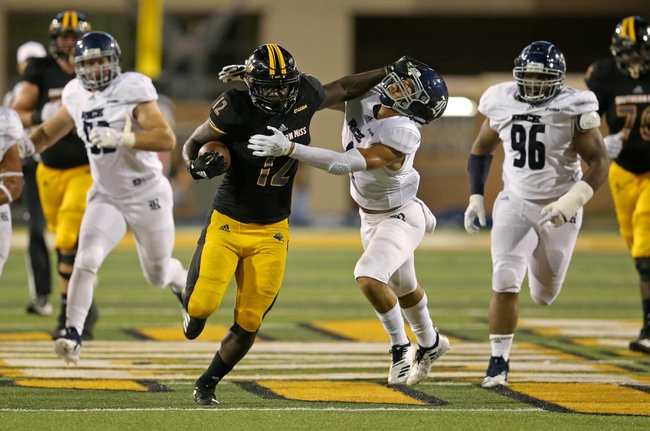 The Southern Miss Golden Eagles and the Rice Owls meet in a week 9 C-USA college football tilt from Rice Stadium on Saturday afternoon.

The Southern Miss Golden Eagles will look to bounce back after a 45-30 loss to Louisiana Tech in their last outing to drop to 4-3 on the year. Jack Abraham threw for 327 yards, a touchdown and 4 interceptions on 26 of 40 passing while also rushing for a touchdown. Kevin Perkins led the Golden Eagles in rushing with 56 rushing yards while Quez Watkins led the Golden Eagles with 102 receiving yards. Tim Jones and Jaylond Adams each had 80 receiving yards with Adams leading the team with 8 catches while Ray Ladner had a receiving score for the Golden Eagles. Defensively, Swayze Bozeman had a team-high 8 total tackles with a fumble recovery while Shannon Showers had 7 total tackles with a team-high 5 solo tackles and De’Michael Harris opened the game with a 100-yard kick return for a touchdown. As a team, Southern Miss is averaging 443.6 yards of total offense and 30.4 points per game while allowing 400.7 yards of total defense and 32 points per game against this season.

The Rice Owls will be on the hunt for their first win of the season following a 31-27 loss to UTSA that dropped the Owls to 0-7 this season. Wiley Green threw for 135 yards, a touchdown and an interception on 11 of 18 passing while Tom Stewart threw for 88 yards and a touchdown on 9 of 11 passing. Aston Walter led Rice in rushing with 109 rushing yards and a touchdown while Brad Rozner had 9 receptions for a team-high 138 receiving yards and a touchdown. Austin Trammell also had 9 grabs for 75 yards while August Pitre III had a receiving touchdown. Defensively, Antonio Montero led the Owls with 7 total tackles while Blaze Alldredge had 6 total tackles with a team-high 5 solo tackles and a sack and Naeem Smith added an interception. As a team, Rice is averaging 299.7 yards of total offense and 17.3 points per game while allowing 400.1 yards of total defense and 30.4 points per game against this season.

Southern Miss probably shouldn’t be laying this kind of number on the road, but the Golden Eagles have been tested away from home, with losses to Alabama, Mississippi State and Louisiana Tech who’s probably the front-runner to win the C-USA West division title. Rice on the other hand, despite being competitive for much of the season, lost to UTSA in their last outing as a road favorite and I’m not sure why the Owls were a favorite at all the way their season has gone. The other issue is that Rice has lost the last 4 meetings with Southern Miss by an average of 24.5 points per game. I just think this is a game that Rice lets slip away, so I’ll lay the points with USM in this one.