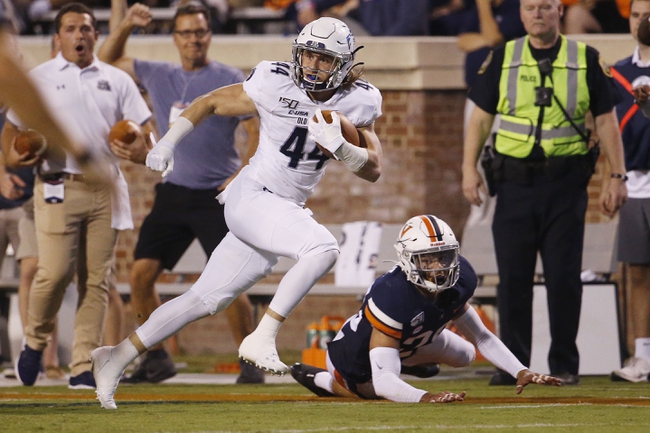 The Florida Atlantic Owls and the Old Dominion Monarchs will meet up on the college football circuit Saturday.

Florida Atlantic enters here at 4-3 so far. The Owls have wins over Ball State, Wagner, Charlotte and Middle Tennessee with losses to Ohio State, UCF and Marshall.

In the loss to Marshall, Florida Atlantic QB Chris Robison logged 362 yards with an INT and Malcolm Davidson put up 52 yards with a TD. Deangelo Antoine added 111 yards on seven receptions.

Over on the Old Dominion side, they’re 1-6 this season. After winning their opener over Norfolk State, the Monarchs have lost to Virginia Tech, Virginia, East Carolina, WKU, Marshall and UAB.

In the loss to the Blazers, ODU quarterback Messiah deWeaver posted 82 yards and a pick, while Matt Geiger led a spotty rush on 15 yards. Darrell Brown had a decent outing with four receptions for 64 yards, though.

Florida Atlantic has been on a pretty solid run over their last five, even with the 36-31 loss to Marshall in their last outing. The Owls have put up at least 28 points in all five of those games.

As for Old Dominion, they’ve struggled to post points, with only 41 over their last four games combined. I’m not convinced the Monarchs will turn it around here, so I’m going Florida Atlantic.