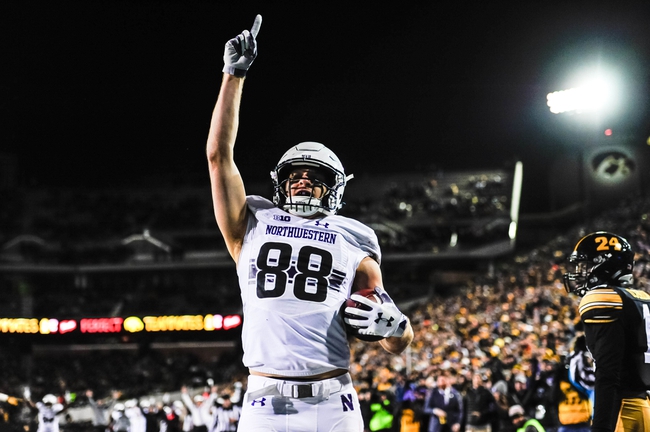 The Iowa Hawkeyes look for a solid road victory after splitting their last four games. The Iowa Hawkeyes have won four of their last seven road games. Nate Stanley is completing 62.3 percent of his passes for 1,771 yards, nine touchdowns and five interceptions. Stanley has three or more touchdown passes in six of his last 16 games. Ihmir Smith-Marsette and Brandon Smith have combined for 850 receiving yards and seven touchdowns while Nico Ragaini has 30 receptions. The Iowa Hawkeyes ground game is averaging 149 yards per contest, and Mekhi Sargent leads the way with 397 yards and three touchdowns. Defensively, Iowa is allowing 11.6 points and 275 yards per game. Kristian Welch leads the Iowa Hawkeyes with 47 tackles, A.J. Epenesa has three sacks and Michael Ojemudia has two interceptions.

The Iowa Hawkeyes have failed to cover 11 of their last 14 games as a double-digit road favorite. The Northwestern Wildcats are 3-5-1 ATS in their last nine games as a home underdog. The Iowa Hawkeyes rebounded with a win last week over Purdue, but this club is a lot like past teams in that they just take care of business and don't provide much style points, so it's not surprising to see their cent record as big favorites. The Northwestern Wildcats got waxed last Friday against Ohio State, but they're usually really good in the big underdog role and have hung around for much of the season outside of that game against the Buckeyes. Northwestern beat Iowa on the road last season and has actually won the last three games against the Hawkeyes. While they burned me last week, I'll take my chances with the Northwestern Wildcats and the points at home.