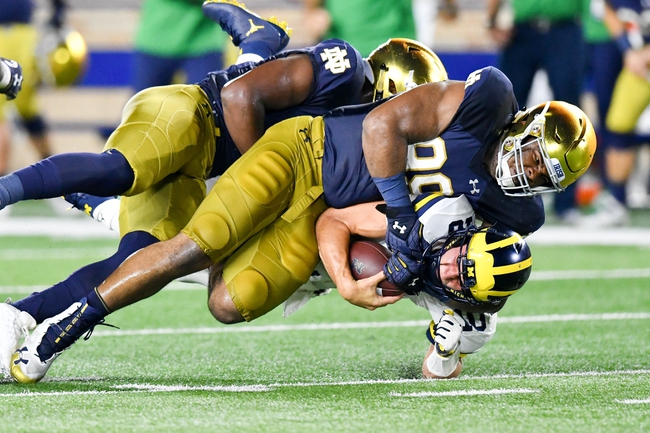 The Notre Dame Fighting Irish have split their last 10 games ATS as a road underdog. The Michigan Wolverines have covered eight of their last 12 games as a home favorite. The Michigan Wolverines put up a good fight last week in Happy Valley and it's the type of performance they can build on heading back home against another respectable opponent. The Notre Dame Fighting Irish have been rather consistent all year with a balanced offense and one of the better defenses in the country, and they've had an extra week to prepare for this game. When you add the rest advantage to Notre Dame and the fact Michigan has a history of coming up small in big games, I'm not sure how you can turn down free points with the Irish. Give me Notre Dame on the road.