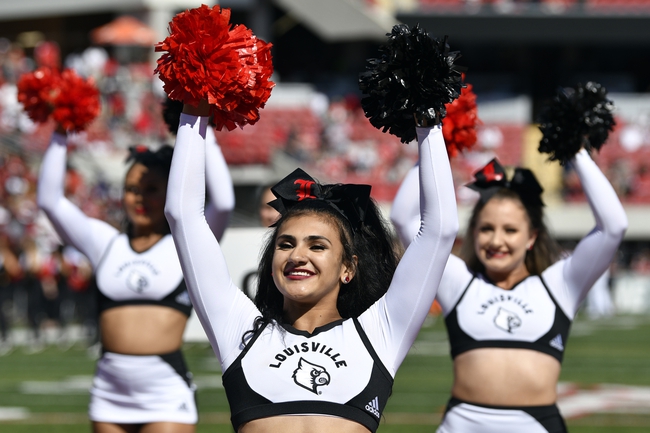 The Virginia Cavaliers and the Louisville Cardinals will meet up on the college football field Saturday.

Virginia enters this one at 5-2 so far. The Cavs have lost to Notre Dame and Miami-FL but otherwise gotten wins over Pitt, W&M, Florida State, Old Dominion and Duke.

In the win over the Devils, Virginia QB Bryce Perkins posted 141 yards and a pick, but did most of the damage with 62 rush yards and three TDs. Wayne Taulapapa added 77 yards and two more touchdowns rushing.

Over on the Louisville side, they’re 4-3 this year. The Cards have won versus Eastern KY, Western KY, Boston College and Wake Forest while falling to Notre Dame, Florida State and Clemson.

In the loss to Clemson, Malik Cunningham and Evan Conley combined for 107 yards passing and two INTs. Javian Hawkins had a solid day with 129 yards and a score rushing, however.

After a couple of losses—35-20 against Notre Dame and 17-9 against Miami—Virginia got back to business with a pretty solid win over Duke. The 48 points there are the most they’ve scored since hanging 52 on William & Mary.

Louisville has posted a few really solid performances this year as well, and even against Clemson the 35-point loss was a bit strange. Still, I like the Cardinals to regroup here and post a cover.