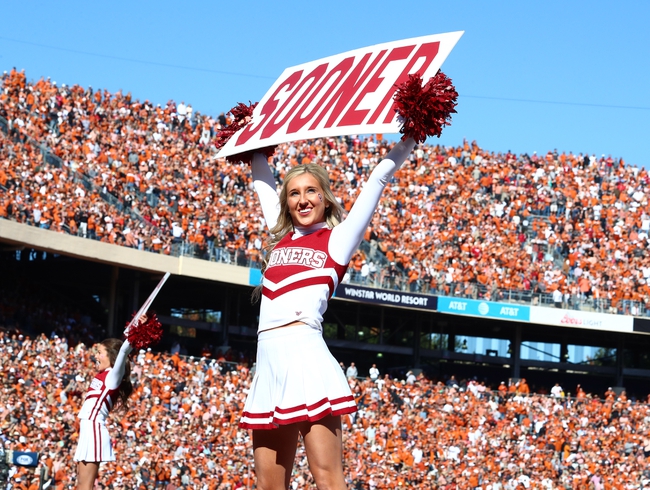 The Oklahoma Sooners and the Kansas State Wildcats will meet up on the college football circuit Saturday.

Oklahoma is chugging along at 7-0 so far. This season the Sooners have taken out Houston, South Dakota, UCLA, Texas Tech, Kansas, Texas and West Virginia in succession.

In the win over WVU, Oklahoma QB Jalen Hurts put up 316 yards with three scores, and also led the rush with 75 yards and two TDs. Charleston Rambo and CeeDee Lamb each turned in 71 receiving yards there as well.

Over on the Kansas State side, they’re 4-2 this year. The Wildcats have losses to Baylor and OK State but have beaten Nicholls State, Bowling Green, MS State and TCU.

In the win over TCU, Kansas State QB Skylar Thompson put up 172 yards and two TDs, and led the rushers with 68 yards and a score. Malik Knowles added 48 yards on three catches.

There’s not much to complain about when it comes to Oklahoma; the Texas game was the only one decided by a score or less. The Sooners have posted at least 34 points in every game this season and held opponents to 20 or fewer in five of seven outings.

Kansas State started out the season on a nice scoring run but they’ve cooled off in their last three games. I have to stick with Oklahoma on a dominating cover here.