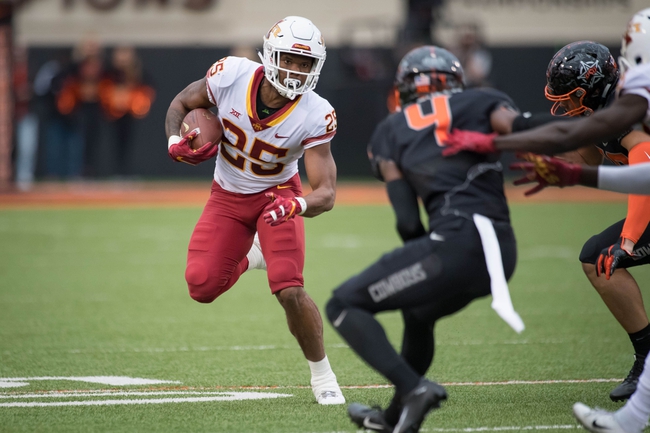 The Oklahoma State Cowboys have covered seven of their last nine road games as an underdog. The Iowa State Cyclones have failed to cover five of their last eight games as a home favorite. The Oklahoma State Cowboys have fallen apart over the last month, as the defense can't get off the field and the offense has had issues with turnovers. The Iowa State Cyclones are coming off back-to-back road victories and are seeing the offense come to life behind consistent quarterback play. While these teams appear to be heading in different directions, I'm not ready to give up on Oklahoma State just yet, as the Cowboys are still a well coached team and has a history of thriving in the underdog role. Right when you're ready to write off the Cowboys, they surprise you. Give me the points.