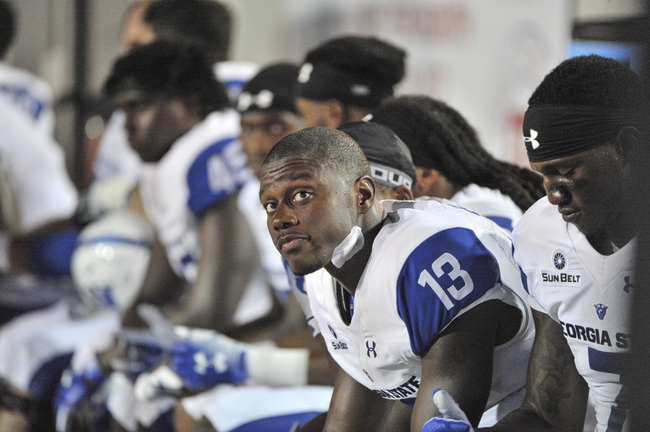 The Troy Trojans could use a road win here to get a game above a .500 record. The Troy Trojans have won five of their last eight road games. Kaleb Barker is completing 64.1 percent of his passes for 1,670 yards, 16 touchdowns and six interceptions. Barker has two or more touchdown passes in five of his six games. Kaylon Geiger and Reggie Todd have combined for 766 receiving yards and five touchdowns while Luke Whittemore has 22 receptions. The Troy Trojans ground game is averaging 156.5 yards per contest, and DK Billingsley leads the way with 450 yards and four touchdowns. Defensively, Troy is allowing 28.8 points and 381 yards per game. Carlton Martial leads the Troy Trojans with 59 tackles, Travis Sailo has two sacks and Will Sunderland has three interceptions.

The Troy Trojans have had trouble at times this season getting off the field, allowing 42 or more points in three of their last five games. The Georgia State Panthers are playing some solid football across the board and could be sitting pretty in the Sun Belt if their three-overtime game against Texas State went a little different. Either way, Georgia State is playing better football and has the better resume. I'll side with the Panthers at home in this pick em game.