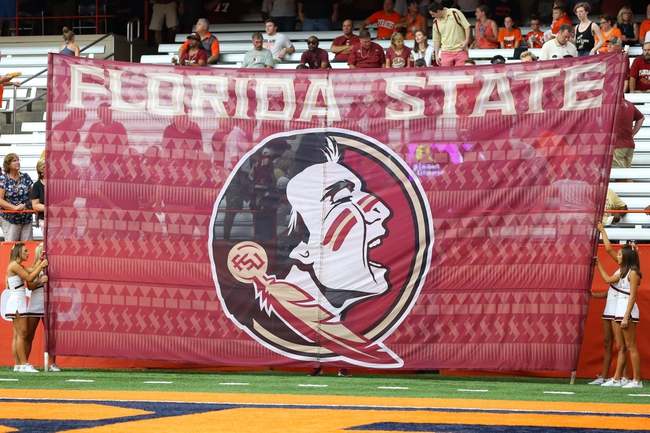 The Syracuse Orange and the Florida State Seminoles will meet up on the college football circuit Saturday.

Syracuse is sitting at 3-4 overall. The Orange have wins versus Liberty, Western Michigan and Holy Cross but otherwise have fallen to Maryland, Clemson, NC State and Pittsburgh.

In the loss to Pitt, Syracuse QB Tommy Devito put up 101 yards and Clayton Welch had 36 yards rushing. Taj Harris had a solid line with three catches for 111 yards and a TD to lead the receivers.

Over on the Florida State side, they’re 3-4 so far also. The Seminoles have wins over LA-Monroe, Louisville and NC State alongside losses to Boise State, Virginia, Clemson and Wake Forest.

In the loss to Wake, Seminoles QB James Blackmon put up 280 yards, two touchdowns and an INT, and Cam Akers had 157 yards and a TD. Tamorrion Terry posted 55 yards and a score on four catches also.

Syracuse had a couple of good games going before running into NC State and Pitt, and they were close in those losses—13 points total in the loss margins.

That said, it’s going to be difficult for the Orange to keep pace here, especially if the Seminoles offense comes out firing. Florida State has a relatively tepid 34 points over their last two games but they’ve played a pair of powerhouse schools. I’m just going to go Seminoles here and not overthink it.