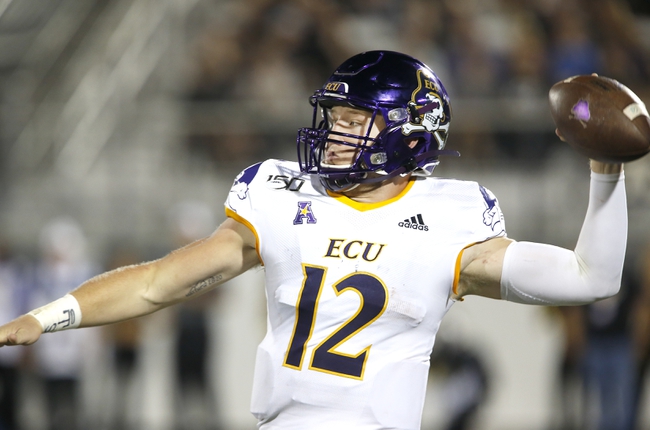 The South Florida Bulls have failed to cover six of their last 10 games as a road underdog. The East Carolina Pirates have split their last eight home games ATS as a home underdog. The South Florida Bulls just got crushed by Navy and don't look like the experienced team that most expected to be a factor in the AAC this season. The East Carolina Pirates have played their best football this year at home and they have a young quarterback in Ahlers who is getting more confident at the position and becoming more of a playmaker. The South Florida Bulls shouldn't be road favorites against most teams and I'm not trying to back them in these spots, as they're simply not a good team. In a toss-up, give me ECU and the free point at home.

Get Premium Picks Start Winning Now »
The pick in this article is the opinion of the writer, not a PickDawgz site consensus.
Previous Pick
Michigan State vs. Penn State - 10/26/19 College Football Pick, Odds, and Prediction
Next Pick
New Mexico vs. Hawaii - 10/26/19 College Football Pick, Odds, and Prediction