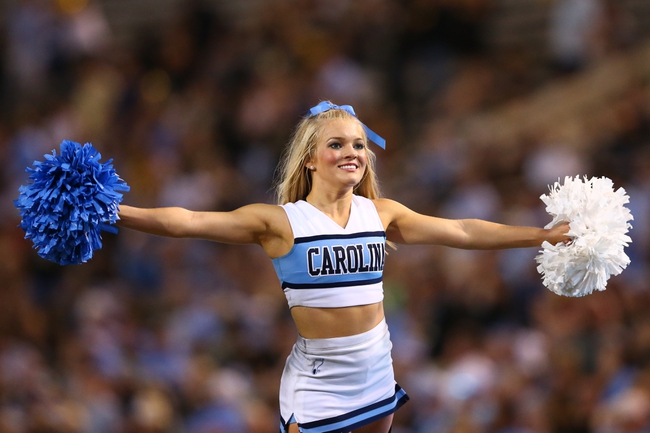 The North Carolina Tar Heels and the Virginia Tech Hokies will match up on the college football gridiron Saturday.

UNC pulls in here at 3-3 overall. the Tar Heels have fallen to Wake Forest, App State and Clemson, but taken out South Carolina, Miami-FL and Georgia Tech.

In the win over the Jackets, North Carolina QB Sam Howell had 376 yards with four touchdowns and a pick, while Javonte Williams had 144 yards and a TD. Dazz Newsome added 81 yards and a score off eight grabs there as well.

Over on the Virginia Tech side, they’re 4-2 this year. The Hokies’ losses came courtesy of Boston College and Duke, but otherwise they’ve beaten ODU, Furman, Miami-FL and Rhode Island.

In the Rams win, Hokies QB Hendon Hooker had 261 yards with three scores, and Deshawn McClease added 124 yards and a TD. Damon Hazelton had 93 yards and two touchdowns on five grabs as well.

North Carolina has lost three of their last four games, but it’s worth noting that two of those were against ranked teams, and all three were by six points or fewer. The Tar Heels are used to playing in close games by now; the Georgia Tech game was their only outing decided by more than a score.

If the Hokies’ offense gets going, they could provide some issues for the Tar Heels, but I still think UNC is good enough to hold them off. I’m going North Carolina on the cover here.