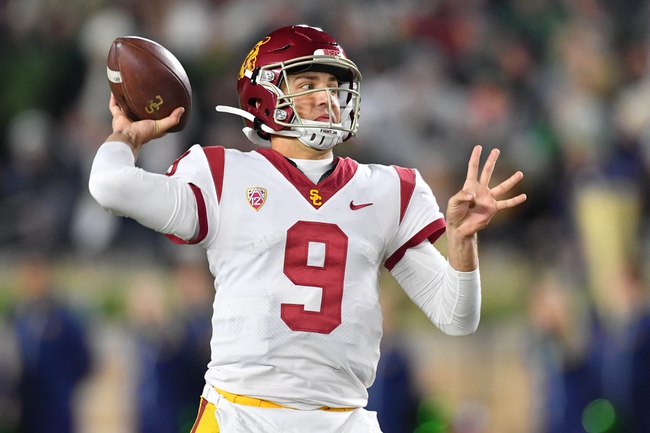 Where to Watch: PAC12 Network Stream live sports and exclusive originals on ESPN+. Sign up now!

The USC Trojans need a win here to save their season after losing three of their last four games. The USC Trojans have won six of their last nine home games. Kedon Slovis is completing 75 percent of his passes for 987 yards, seven touchdowns and four interceptions. Slovis and Matt Fink have combined for 11 touchdown passes and eight interceptions. Michael Pittman Jr. and Tyler Vaughns have combined for 991 receiving yards and seven touchdowns while Amon-Ra St. Brown has 32 receptions. The USC Trojans ground game is averaging 142.8 yards per contest, and Vavae Malepeai leads the way with 406 yards and four touchdowns. Defensively, USC is allowing 25.7 points and 421.7 yards per game. John Houston Jr. leads the USC Trojans with 53 tackles, Drake Jackson has three sacks and Greg Johnson has one interception.

The Arizona Wildcats have failed to cover 12 of their last 16 games as a road underdog. The USC Trojans have failed to cover 10 of their last 14 games as a home favorite. You're never quite sure which Arizona team is going to show up, as right when it looks like it's taking positive strides, it gets smoked at home against Washington and looked like the same lifeless group we saw in the season opener against Hawaii. USC has come up short in every big game its played this season, but the positive news is that the Trojans hung around in those three losses and they all took place on the road. While there's clear questions with USC, it can take some positive things out of those games and has to feel good coming back home after back-to-back tough road games. I'm not giving up on USC just yet. I'll lay the chalk, but a lot of it has to do with not trusting Arizona on the road.