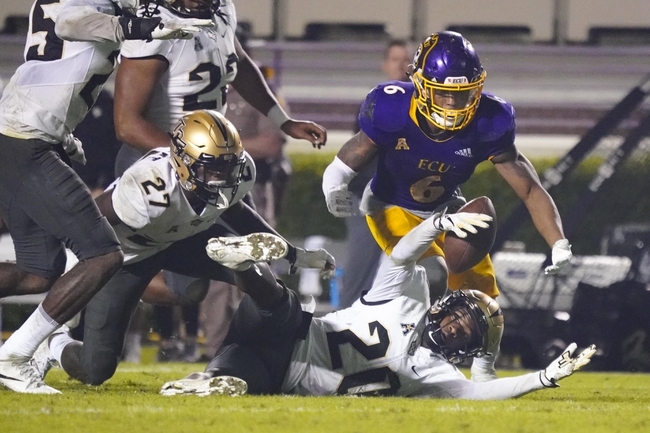 The UCF Knights could use a win here after splitting their last four games. The UCF Knights haven’t lost a home game since December of 2016. Dillon Gabriel is completing 59.6 percent of his passes for 1,635 yards, 15 touchdowns and five interceptions. Gabriel and Brandon Wimbush have combined for 17 touchdown passes this season. Gabriel Davis and Tre Nixon have combined for 1,035 receiving yards and 11 touchdowns while Jacob Harris has eight receptions. The UCF Knights ground game is averaging 214.8 yards per contest, and Greg McCrae leads the way with 394 yards and five touchdowns. Defensively, UCF is allowing 20.7 points and 327.5 yards per game. Nate Evans leads the UCF Knights with 46 tackles, Brendon Hayes has three sacks and Tay Gowan has two interceptions.

The East Carolina Pirates have failed to cover each of their last nine games as an underdog of at least 20 points. The UCF Knights have split their last 12 games ATS as a favorite of at least 20 points. East Carolina simply does not cover games as big underdogs, and the Pirates honestly don't cover games much at all. The UCF Knights have been tripped up twice in their last three games, but they've been covering machines at home over the years and have the offensive weapons to take their frustration out on a ECU team that lacks depth. I'll eat the chalk.