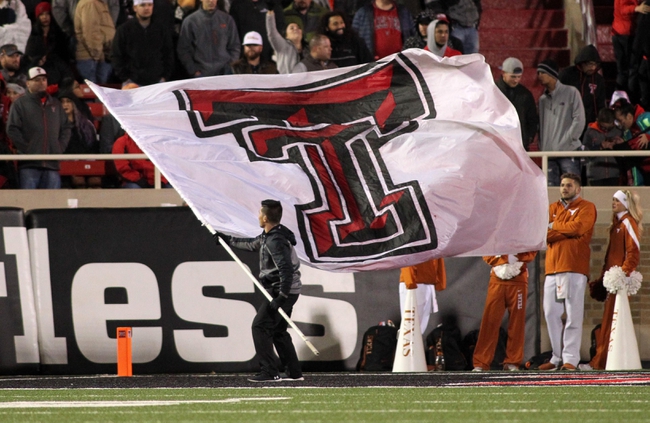 The Iowa State Cyclones and the Texas Tech Red Raiders will match up on the college football field Saturday.

Iowa State enters here at 4-2 on the year. The Cyclones have fallen to Iowa and Baylor but otherwise gotten wins over Northern Iowa, LA-Monroe, TCU and West Virginia.

In the win over West Virginia, Iowa State QB Brock Purdy had 229 yards, a TD and a pick, while La’Michael Pettway caught eight passes for 81 yards. Breece Hall rushed 26 times for 132 yards and three scores as well.

Over on the Texas Tech side, they’re 3-3 this year. The Raiders took out Montana State, UTEP and Oklahoma State but have fallen to Arizona, Oklahoma and Baylor.

In the OT loss to the Bears, Raiders QB Jeff Duffey had 362 yards with a TD and an INT, and SaRodorick Thomson had 153 rush yards and two scores. Tops in receiving was RJ Turner’s 138 yards on seven grabs.

Had a couple of things gone Iowa State’s way and broken a little differently, the Cyclones could well be undefeated with wins over two ranked teams right now. The Iowa and Baylor losses came by a combined three points, and otherwise Iowa State is cruising along very well this season.

Texas Tech has put up some solid points totals over their last pair and they could make a game out of this one. Still, I think the Cyclones will pull away late so I’m going Iowa State.