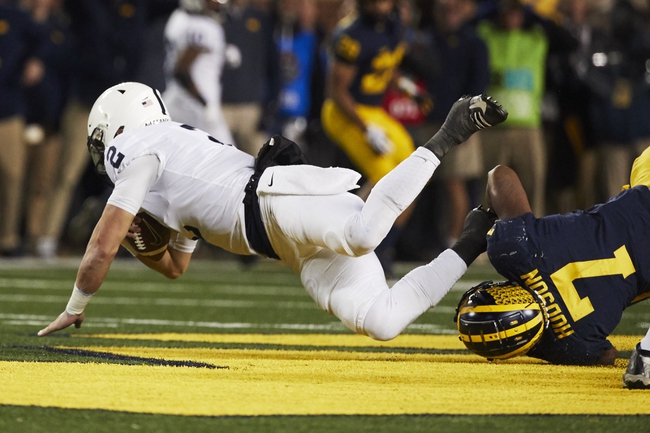 The Michigan Wolverines have failed to cover 10 of their last 15 games as a road underdog. The Penn State Nittany Lions have split their last 12 games ATS as a home favorite. The home team has won the last three meetings between Michigan and Penn State, and none of those games were close. For the most part Penn State has done nothing but beat the hell out of teams this season, while Michigan seems to have rebounded from its loss to Wisconsin, but I'm not sure how much stock you put into Rutgers, Iowa and Illinois. The bottom line here is that I have zero confidence in Michigan and Jim Harbaugh in big games. The Michigan Wolverines come up small time and time again in spots like this and a lot of those games aren't close. I'll fade the Wolverines until they prove me wrong.