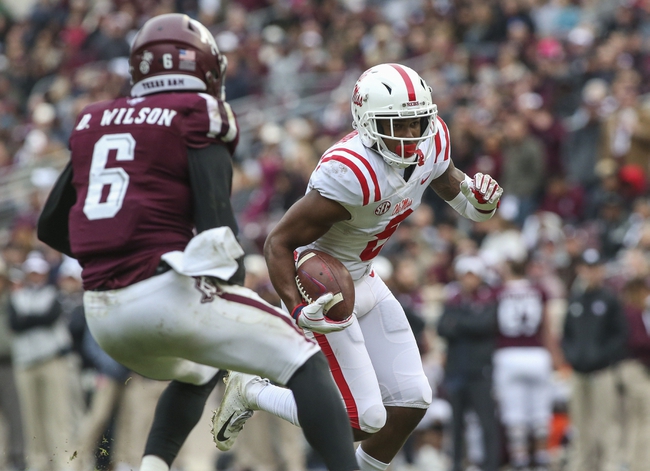 The Texas A&M Aggies come into this game looking to find some consistency after alternating wins and losses in each of their six games this season, most recently losing a 47-28 decision at the hands of Alabama. Kellen Mond has thrown for 1,597 yards, 12 touchdowns and 4 interceptions while Isaiah Spiller leads the Aggies in rushing with 282 rushing yards and 3 touchdowns and the aforementioned Mond has 200 rushing yards and 3 touchdowns as well. Jhamon Ausbon leads Texas A&M in receiving with 37 catches for 506 yards and 2 touchdowns while Quartney Davis has 30 catches for 369 yards and a team-high 4 touchdowns. Kendrick Rogers has 205 receiving yards while Jalen Wydermyer has 4 receiving TDs and Ainias Smith has 3 receiving TDs. Defensively, Buddy Johnson leads the Aggies with 38 total tackles while Demani Richardson has 33 total tackles and Justin Madubuike has a pair of sacks this season. As a team, Texas A&M is averaging 420.2 yards of total offense and 32 points per game while allowing 325 yards of total defense and 22.7 points per game against this season.

The Ole Miss Rebels will look for another win to get back above .500, sitting at 3-4 after a 38-27 loss to Missouri last time out. Matt Corral has thrown for 977 yards, 4 touchdowns and an interception while John Rhys Plumlee has thrown for 425 yards, 4 touchdowns and an interception as well. Scottie Phillips leads Ole Miss with 471 rushing yards and 5 touchdowns while the aforementioned Plumlee has 470 rushing yards and 4 touchdowns and Jerrion Ealy has contributed 304 yards and 3 TDs. Elijah Moore leads Ole Miss’ receiving corps with 44 grabs for 562 yards and 4 touchdowns while Jonathan Mingo, Demarcus Gregory and Dontario Drummond each have 100+ receiving yards for the Rebels this season. Defensively, Lakia Henry leads the Rebels with 49 total tackles while Jalen Julius has 41 total tackles including a team-high 31 solo tackles. Sam Williams and Benito Jones each have a team-high 3 sacks this season. As a team, Ole Miss is averaging 438.4 yards of total offense and 27.1 points per game while allowing 419.3 yards of total defense and 27.4 points per game against this season.

I can definitely make a case for laying points with the Aggies on the road as I think they’re the more battle tested of the two coming into this game, with their losses coming to Clemson, Alabama and Auburn. However, Ole Miss has had some battles of their own, hanging with Bama as well as losing to some pretty good competition such as Cal, Memphis and Missouri with three of those four games being decided by nine points or less. Head-to-head, six of the last seven meetings since Texas A&M rejoined the SEC has seen the Rebels win outright or lose by 7 points or less. I just think history is on the side of the Rebels so I’ll take a show with Ole Miss and the points in a game I see finishing within a field goal either way.