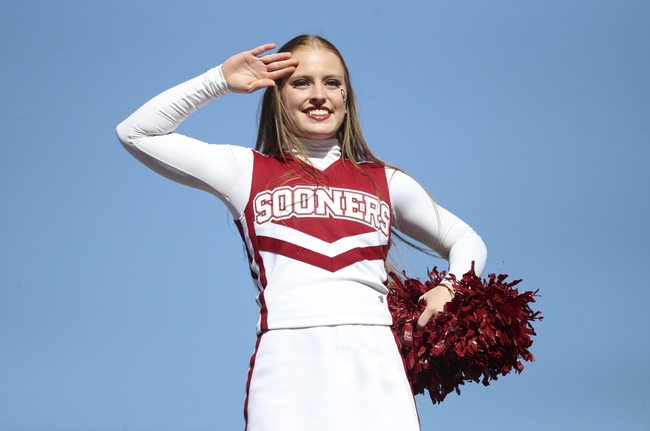 The West Virginia Mountaineers and the Oklahoma Sooners will meet up on the college football circuit Saturday.

West Virginia comes into this game at 3-3 overall. The Mountaineers have taken out JMU, NC State and Kansas but dropped to Missouri, Texas and Iowa State.

In the loss to the Cyclones, West Virginia QB Jack Allison had 140 yards, one TD and one INT, while Leddie Brown led an anemic rush on 26 yards. TJ Simmons led the receivers on 75 yards and a score from five grabs.

Over on the Oklahoma side, they’re running at 6-0 right now. The Sooners have thus far dispatched Houston, South Dakota, UCLA, Texas Tech, Kansas and Texas.

In the win over the Longhorns, Oklahoma QB Jalen Hurts posted 235 yards, three TDs and one INT. Hurts also led the rush with 131 yards and a score, and CeeDee Lamb added 171 yards and three more TDs on 10 catches.

Up until they hit the wall against Iowa State, the Mountaineers had a pretty good three-game run going with at least 29 points in that trio. The team played fairly well against a tough Texas squad as well, going down 42-31.

That said, Oklahoma is chugging right along these days and pretty much destroying the scoreboard. I can’t find a lot of reasons not to take the Sooners here.