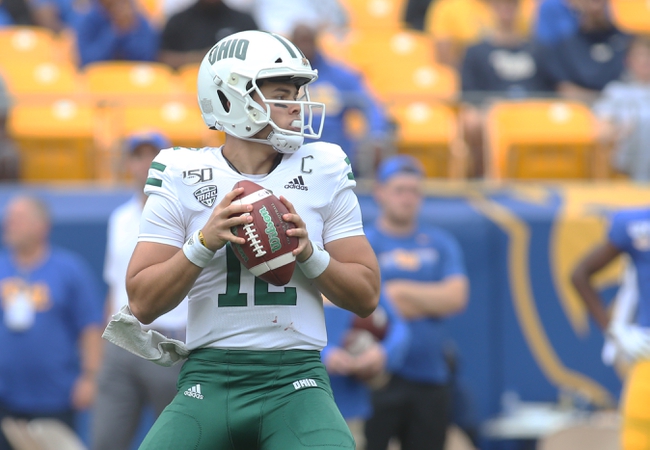 The Ohio Bobcats could use a victory here after losing four of their last five games. The Ohio Bobcats have lost two of their last three home games. Nathan Rourke is completing 58.6 percent of his passes for 1,270 yards, eight touchdowns and four interceptions. Rourke has two or more touchdown passes in three of his last six games. Shane Hooks and Ryan Luehrman have combined for 538 receiving yards and six touchdowns while Isiah Cox has 15 receptions. The Ohio Bobcats ground game is averaging 167.1 yards per contest, and Rourke leads the way with 330 yards and four touchdowns. Defensively, Ohio is allowing 29.5 points and 457.3 yards per game. Javon Hagan leads the Ohio Bobcats with 54 tackles, Cole Baker has 2.5 sacks and Ilyaas Motley has one interception.

The Kent State Golden Flashes have failed to cover five of their last six games as a road underdog. The Ohio Bobcats have split their last 10 games ATS as a home favorite. Kent State has had trouble stringing together back-to-back winning performances, but they're also a team that's won all of the games against their level competition and their only losses came against teams they were expected to lose to. Ohio has been rough defensively and just lost to Northern Illinois at home as 4.5-point favorites. I have a hard time laying chalk with teams that have issues winning outright. Give me the points and the Golden Flashes.