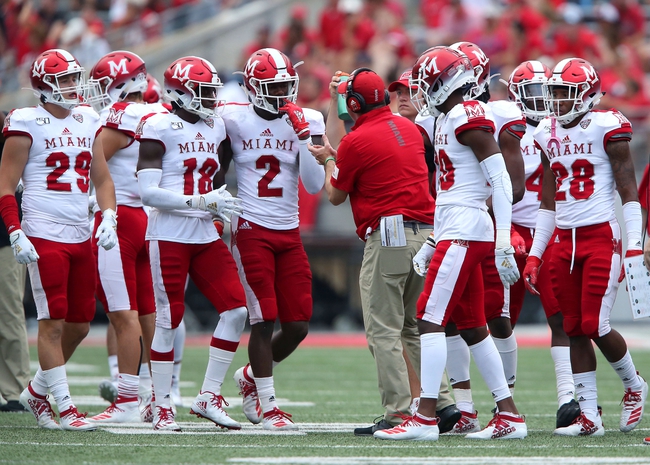 The Northern Illinois Huskies and the Miami RedHawks will meet up on the college football circuit Saturday.

Northern Illinois enters this game at 2-4 so far. The Huskies have losses to Utah, Nebraska, Vanderbilt and Ball State bookended by losses to Illinois State and Ohio.

In the win over Ohio, NIU quarterback Ross Bowers posted 338 yards with one TD and one pick, and Tre Harbison had 113 yards and three rush TDs. Cole Tucker had 118 yards on eight receptions to lead the team there.

Over on the Miami side, they’re 2-4 this year as well. The RedHawks’ two wins have come against Tennessee Tech and Buffalo, but otherwise they’ve dropped games to Iowa, Cincinnati, Ohio State and Western Michigan.

In the loss to WMU, Miami QB Brett Gabbert had 260 yards and three picks, while Jaylon Bester had 45 yards and a TD on 11 carries. James May had 76 yards on five grabs as the lead receiver in that game.

During their four-game losing streak, Northern Illinois scored 20 or fewer points in every outing, though the good news there is they lost by just one score in the latter two defeats. Offensively, there’s just not a whole lot of consistency there.

The RedHawks have had some issues scoring as well, with 16 or fewer scored in four of their six games so far. There’s not a ton of intrigue here, but I like Northern Illinois to set the pace and bang out a cover.