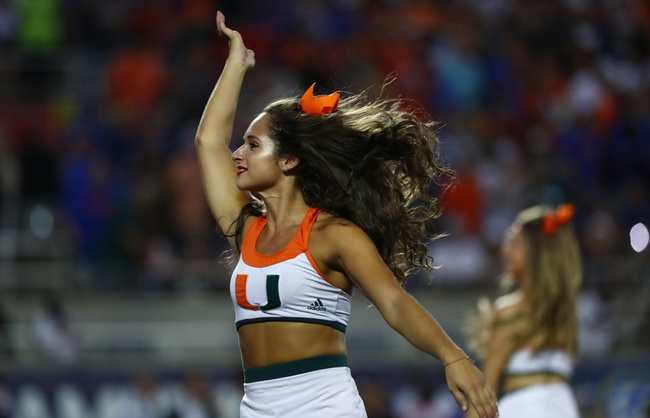 The Georgia Tech Yellow Jackets and the Miami Hurricanes will match up on the college football circuit Saturday.

Georgia Tech enters this one at 1-5 so far. The Jackets took out South Florida in their second game, but have otherwise lost to Clemson, the Citadel, Temple, UNC and Duke.

In the Duke loss, Georgia Tech QB James Graham posted 206 yards and a TD, and Jordan Mason had 106 rush yards. Tops in receiving there was Adonicas Sanders with 69 yards on three grabs.

Over on the Miami side, they’re 3-3 so far. The Hurricanes have lost to Florida, UNC and Virginia Tech but gotten wins versus B-CU, Central Michigan and Virginia.

In the Virginia game, Miami QB N’Kosi Perry had 182 yards and a TD, and DeeJay Dallas had 63 rush yards. KJ Osborn had 60 receiving yards on four catches as well.

There’s not a whole lot going for Georgia Tech this season. They haven’t scored more than 24 points in any of their games, and they’ve surrendered a combined 79 points over their last two outings. That’s basically a recipe for failure, which is why they’re 1-5.

Miami isn’t the most consistent team in the world, and they’ve scored just 17 points in two of their last three games, but they should have everything under control here. I’m going Hurricanes.