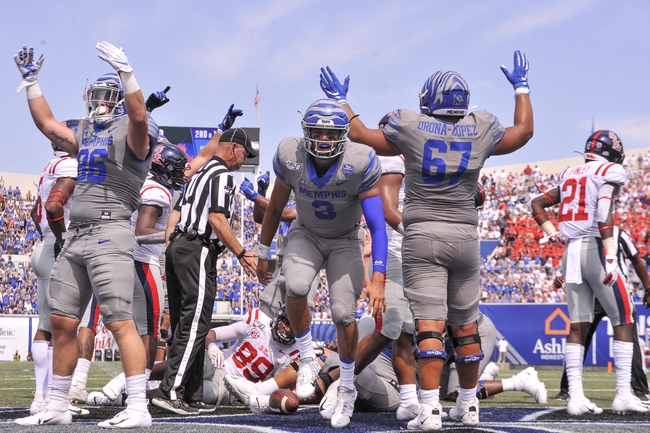 The Memphis Tigers look for a statement victory to build on their 5-1 record. The Memphis Tigers have won each of their last five home games. Brady White is completing 69.9 percent of his passes for 1,526 yards, 13 touchdowns and four interceptions. White has 11 touchdown passes in his last four games. Damonte Coxie and Joey Magnifico have combined for 660 receiving yards and three touchdowns while Antonio Gibson has eight receptions. The Memphis Tigers ground game is averaging 200.1 yards per contest, and Kenneth Gainwell leads the way with 726 yards and seven touchdowns. Defensively, Memphis is allowing 21 points and 347.2 yards per game. Sanchez Blake Jr. leads the Memphis Tigers with 42 tackles, Joseph Dorceus has 2.5 sacks and Xavier Cullens has one interception.

The Tulane Green Wave have failed to cover six of their last eight games as a road underdog. The Memphis Tigers have covered 10 of their last 13 games as a home favorite. We were high on Tulane from the start of the season and mentioned that this was a team that could win the AAC. However, you could make a similar case for Memphis and that high-powered offense. Memphis has also won nine of the last 10 meetings against Tulane and has covered majority of those games as well. I like both of these teams, but the deciding factor for me is home field. If it was in Tulane, I'd be siding with the Green Wave. Unfortunately it's in Memphis and the Tigers are money as home favorites. I'll lay the reasonable line.