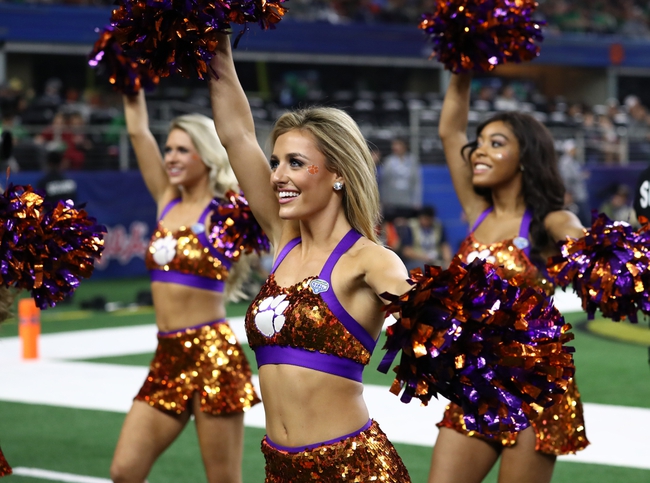 The Clemson Tigers and the Louisville Cardinals will meet up on the college football gridiron Saturday.

In the win over the Seminoles, Clemson QB Trevor Lawrence managed 170 yards, three TDs and an INT, and Travis Etienne added 127 rush yards. Leading the receivers there was Justin Ross’ 61 yards and two scores off five grabs.

Over on the Louisville side, they’re 4-2 so far. Aside from losses versus Notre Dame and Florida State, the Cardinals have taken out Eastern KY, Western KY, Boston College and Wake Forest.

In the Deacons win, Louisville QB Evan Conley posted 196 yards, two TDs and one INT, while also leading the rush with 79 yards and a score. Dez Fitzpatrick added 125 yards and two TDs receiving on five catches.

Clemson got a bit of a wake-up call in a 21-20 win over UNC a couple weeks back, but they got right back to it in the Florida State game, taking it 45-14 in yet another blowout. Five of the Tigers’ six wins have come by 14 points or more. There’s not much they can’t do.

That said, Louisville has put up some nice points totals this year, including 62 against Wake and 41 over Boston College. I don’t think it’s crazy to believe that the Cardinals can get into this line and cover if they can hit a few big plays.