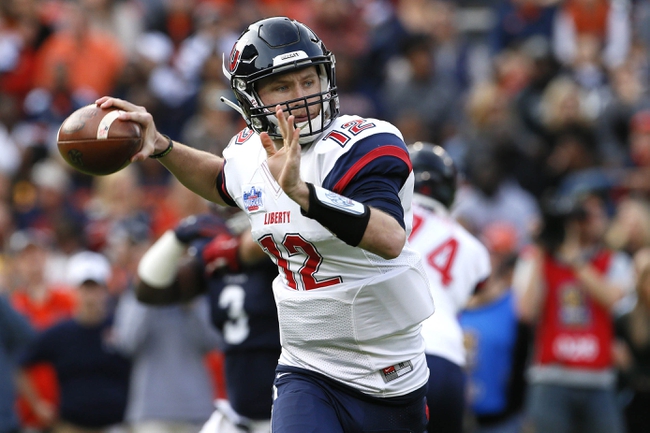 The Maine Black Bears could use a big victory here after losing four of their last five games. The Maine Black Bears have split their last eight road games. Chris Ferguson is completing 57.7 percent of his passes for 1,655 yards, eight touchdowns and eight interceptions. Ferguson needs to take better care of the football for Maine to have a chance in this game. Earnest Edwards and Jaquan Blair have combined for 933 receiving yards and seven touchdowns while Andre Miller has 21 receptions. The Maine Black Bears ground game is averaging 116.5 yards per contest, and Joe Fitzpatrick leads the way with 301 yards and three touchdowns. Defensively, Maine is allowing 27.1 points and 351.5 yards per game. Taji Lowe leads the Maine Black Bears with 44 tackles, Kayon Whitaker has 2.5 sacks and Shaquille St-Lot has five pass deflections.

The Liberty Flames look to stay hot while building on their four-game winning streak. The Liberty Flames have won their last three home games. Stephen Calvert is completing 60.3 percent of his passes for 1,569 yards, 10 touchdowns and three interceptions. Calvert has two or more touchdown passes in three of his last six games. Antonio Gandy-Golden and DJ Stubbs have combined for 950 receiving yards and six touchdowns while Kevin Shaa has 18 receptions. The Liberty Flames ground game is averaging 131.8 yards per contest, and Joshua Mack leads the way with 342 yards and two touchdowns. Defensively, Liberty is allowing 21 points and 416.2 yards per game. Jessie Lemonier leads the Liberty Flames with 43 tackles, TreShaun Clark has two sacks and Bejour Wilson has two interceptions.

The Maine Black Bears have not looked good this season and have an offense that's turning the ball over left and right. The Liberty Flames are riding a solid four-game winning streak and have the ability to put teams away with a balanced offensive attack and a defense that bends but doesn't break. I'll lay the two touchdowns with the Flames.