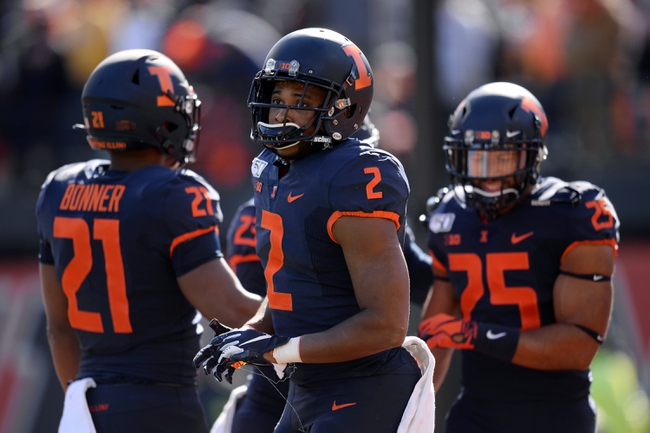 The Wisconsin Badgers have split their last eight games ATS when a double-digit favorite. The Illinois Fighting Illini have failed to cover eight of their last 12 games when a double-digit underdog. Illinois hasn't beaten Wisconsin since 2007 and most of those losses were double-digit blowouts. The Wisconsin Badgers have pitched four shutouts this season and have outscored opponents 86-0 in their last two games. The Illinois Fighting Illini haven't shown much progress under coach Lovie Smith and consistently fail to cover games as big underdogs. The only question to have in this game is how motivated Wisconsin is to lay the wood here with Ohio State on deck next week. It's the Badgers or pass.