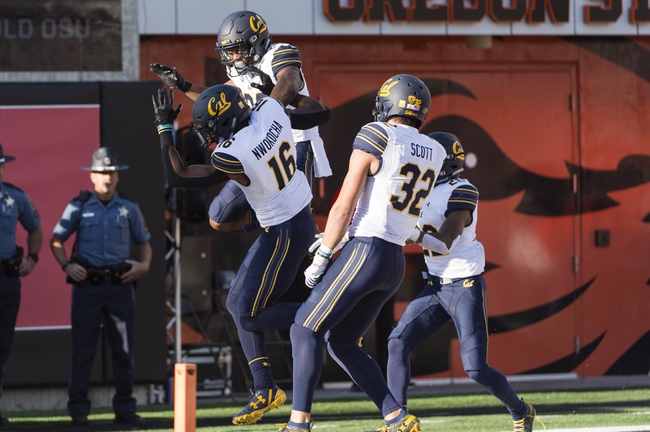 Where to Watch: PAC12 Network Stream live sports and exclusive originals on ESPN+. Sign up now!

The Cal Golden Bears need a bounce back win after suffering back-to-back losses. The Cal Golden Bears have won four of their last six home games. Chase Garbers is completing 59.1 percent of his passes for 952 yards, eight touchdowns and two interceptions. Garbers has one or less touchdown passes in eight of his last 11 games. Nikko Remigio and Kekoa Crawford have combined for 385 receiving yards and three touchdowns while Jordan Duncan has 11 receptions. The Cal Golden Bears ground game is averaging 134.1 yards per contest, and Christopher Brown Jr. leads the way with 431 yards and three touchdowns. Defensively, Cal is allowing 18.3 points and 372.5 yards per game. Evan Weaver leads the Cal Golden Bears with 84 tackles, Cameron Goode has three sacks and Traveon Beck has one interception.

The Oregon State Beavers have failed to cover nine of their last 11 games as a double-digit underdog. The Cal Golden Bears have failed to cover seven of their last nine games as a double-digit favorite. Cal has been in nothing but close games this season and has looked a little shaky these last two weeks. However, Oregon State is one of those teams that has been awful for years and almost never shows up as big underdogs. Cal is the better team here on both sides of the ball, and the Golden Bears beat the Beavers by 42 points on the road last season. I just don't trust the Oregon State Beavers, even if they've had covering success this season. I'll lay the points with Cal at home.