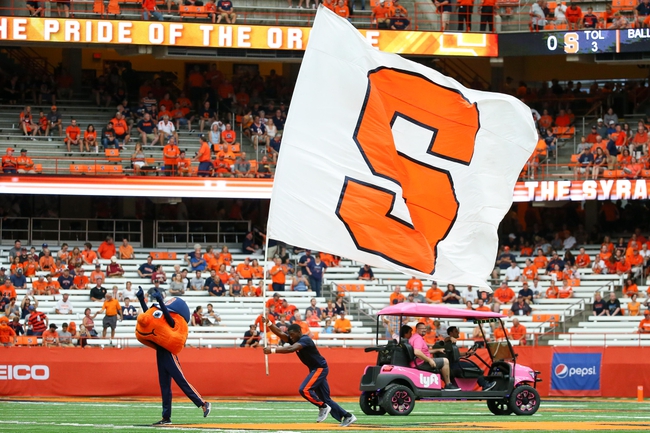 The Pittsburgh Panthers and the Syracuse Orange will match up on the college football circuit Friday.

Pittsburgh enters this matchup with a 4-2 record overall. The Panthers have fallen to Virginia and Penn State but otherwise gotten wins over Ohio, UCF, Delaware and Duke this season.

In the win over Duke, Pittsburgh QB Kenny Pickett put up 268 yards with three scores and two picks. Todd Sibley had 60 yards rushing there as well and Taysir Mack led the receivers with 85 yards and a TD on nine grabs.

Over on the Syracuse side, they’re 3-3 this season. The Orange have taken out Liberty, Western Michigan and Holy Cross but dropped games to Maryland, Clemson and NC State.

Well, they’re escaping by the proverbial skin of their teeth, but the Panthers are getting the job done this season. Pitt’s last three wins have come by one, three and three points respectively however so it’s been pretty tense.

As for Syracuse, they had a couple of good offensive games (52 and 41 points) but were shut down by NC State with just 10 points. Comparing the two, I like Pittsburgh to eke out a cover here; should be another tight game though.