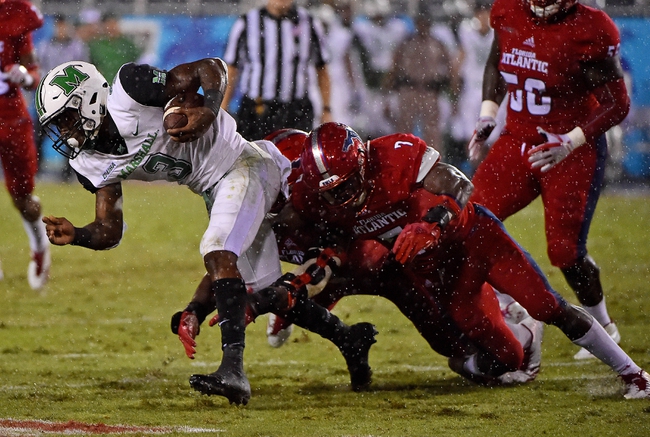 The Marshall Thundering Herd have covered eight of their last 10 games as a road underdog. The Florida Atlantic Owls have split their last 10 games ATS as a home favorite. Marshall has been held to 14 or less points in three of its last four games and has played its worst football on the road dating back to last season. Florida Atlantic has been a different team since taking its licks against Ohio State and UCF, and the Owls have proven themselves against competition more on their level since Lane Kiffin became head coach. FAU at home and the line is reasonable, I'll gladly take the Owls.