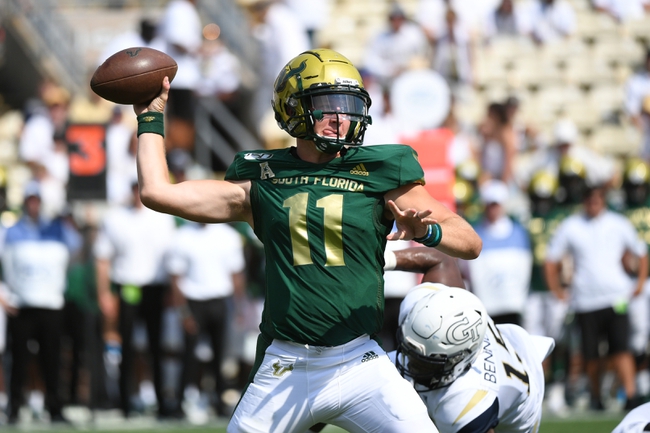 The BYU Cougars need a strong road victory to get back to a .500 record. The BYU Cougars have lost four of their last six road games. Zach Wilson is completing 61.7 percent of his passes for 1,312 yards, five touchdowns and four interceptions. Wilson has five touchdown passes in his last four games. Aleva Hifo and Micah Simon have combined for 550 receiving yards and two touchdowns while Matt Bushman has 18 receptions. The BYU Cougars ground game is averaging 102 yards per contest, and Ty'Son Williams leads the way with 264 yards and three touchdowns. Defensively, BYU is allowing 31.2 points and 432.6 yards per game. Kavika Fonua leads the BYU Cougars with 44 tackles, Uriah Leiataua has one sack and Payton Wilgar has two interceptions.

The BYU Cougars have covered six of their last nine games as a road favorite. The South Florida Bulls have failed to cover five of their last six games as a home underdog. It's been an up and down year for BYU, as the overtime wins over Tennessee and USC look good, but getting waxed by Washington and losing to Toledo makes you question which Cougars team is going to show up. Outside of wins over South Carolina State and UConn, two teams that aren't good, the South Florida Bulls haven't done anything to write home about and that defense can really struggle to get off the field. This is a tough game to predict, but South Florida has the better athletes and was a team that was supposed to make some noise this season. Maybe blasting UConn is a sign of a turnaround? I'll take my chances with the Bulls and the free points at home.