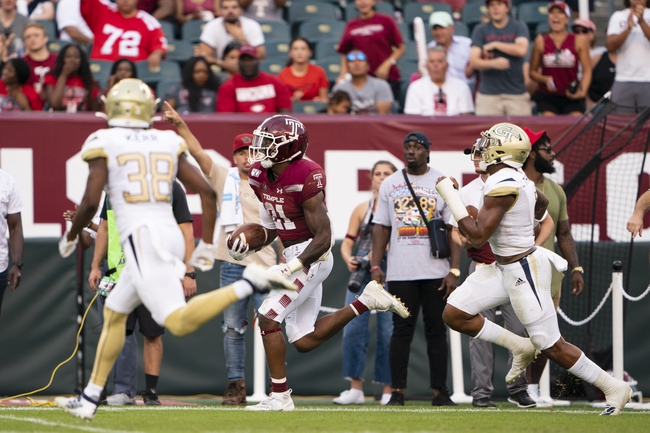 The Memphis Tigers look for a third road win to improve to 6-0 on the season. The Memphis Tigers have split their last eight road games. Brady White is completing 71.7 percent of his passes for 1,163 yards, 11 touchdowns and three interceptions. White has nine touchdown passes in his last three games. Damonte Coxie and Antonio Gibson have combined for 527 receiving yards and six touchdowns while Joey Magnifico has six receptions. The Memphis Tigers ground game is averaging 214.4 yards per contest, and Kenneth Gainwell leads the way with 620 yards and six touchdowns. Defensively, Memphis is allowing 19.2 points and 325.4 yards per game. Sanchez Blake Jr. leads the Memphis Tigers with 30 tackles, Joseph Dorceus has 2.5 sacks and Xavier Cullens has one interception.

The Memphis Tigers have covered eight of their last 10 games as a road favorite. The Temple Owls have covered 12 of their last 15 games as a home underdog. Memphis looks as good as we expected before the season and that offense is something special with White at quarterback. But as good as Memphis is, Temple has been covering machines as road underdogs these last few seasons, and the Owls have a defense and physical mentality that usually makes teams like Memphis uncomfortable. Expect Temple to be physical in the trenches, control the clock and make this game very tight until the end. Give me the points.