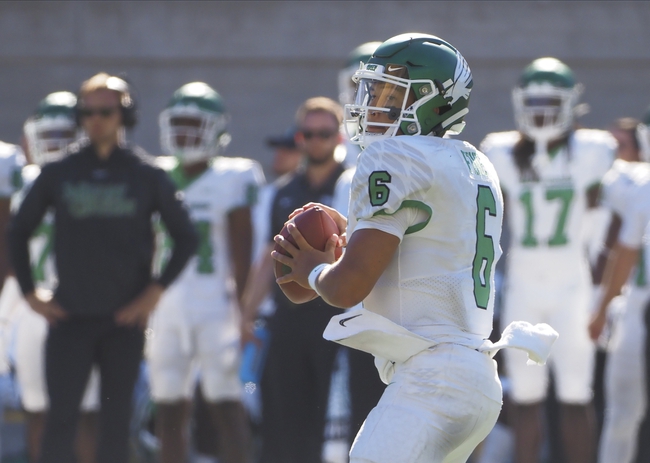 The North Texas Mean Green and the Southern Miss Golden Eagles will match up on the college football circuit Saturday.

North Texas sits at 2-3 so far. The Mean Green have wins versus ACU and UTSA but they’ve fallen to SMU, California and Houston this season.

In the Houston loss, North Texas QB Mason Fine had 353 yards and two TDs, and Tre Siggers had 83 yards and a TD rushing. Michael Lawrence had 120 yards on nine receptions to lead the team there.

Over on the Southern Miss side, they’re 3-2 this season. The Golden Eagles have fallen to MS State and Alabama but beaten Alcorn State, Troy and UTEP.

In the win over the Miners, Southern Miss QB Jack Abraham had 351 yards and three touchdowns, and Kevin Perkins had 65 yards rushing to lead the team there. Quez Watkins was the top receiver on two catches for 97 yards.

North Texas has only had one game where they’ve scored fewer than 25 points this season, but they’ve been pretty inconsistent on defense. The Green gave up 46 points to Houston, 31 to ACU and 49 to SMU.

Southern Miss has been all over the place this year but outside of the Alabama game (seven points) they’ve scored well over their last three. I’m going with the Eagles to cover here.