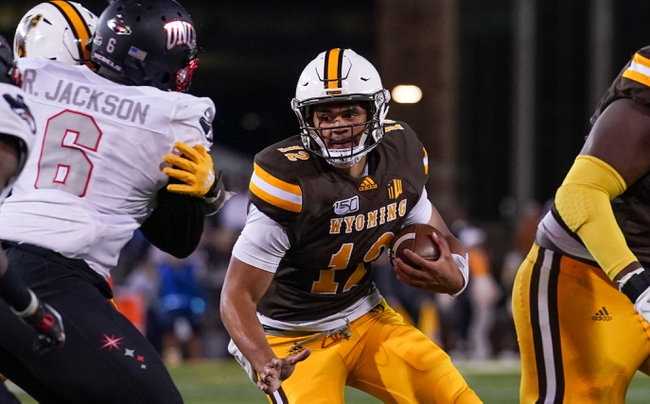 The Wyoming Cowboys and the San Diego State Aztecs will match up on the college football circuit Saturday.

In the victory over the Rebels, Wyoming quarterback Sean Chambers posted 124 yards and two touchdowns, while Titus Swen wast the top team rusher on 136 yards and a score. Chambers also added 102 rush yards and two ground TDs of his own.

In the Colorado State win, SDSU quarterback Ryan Agnew had 147 yards and three touchdowns, two going to Kobe Smith alongside his seven catches for 101 yards. Juwan Washington held down the rush on 85 yards there.

The Cowboys were a force to be reckoned with on the ground against UNLV, and they only had to throw 12 passes during the game in that huge victory. The TDs kept coming, and Wyoming has now posted at least 21 points in every game.

As for San Diego State, they’ve been a little up-and-down offensively this season but for the most part they’re putting the clamps down on the other side of the ball (14 points or fewer allowed in all but one game). I like the Aztecs defense to step up here and help SDSU get a cover.