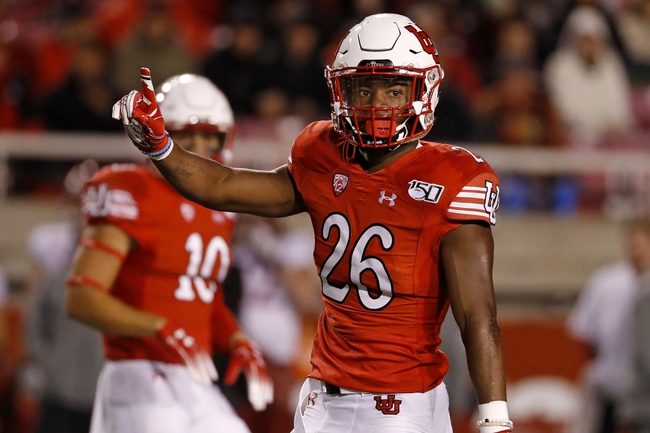 The Utah Utes and the Oregon State Beavers will meet up on the college football circuit Saturday.

Utah enters here at 4-1 overall. Outside of a 30-23 loss to USC, the Utes have taken out BYU, Northern Illinois, Idaho State and Washington State pretty convincingly.

In the win over the Cougars, Utes QB Tyler Huntley posted 334 yards and two touchdowns, while Devonta’e Henry-Cole rushed for 79 yards. Bryan Thompson was the top receiver with 111 yards on four catches there.

Over on the Oregon State side, they’re 2-3 so far. The Beavers have fallen to Oklahoma State, Hawaii and Stanford, but have gotten wins over Cal Poly and UCLA otherwise.

In the win over the Bruins, Beavers QB Jake Luton had 285 yards and five touchdowns, while Artavis Pierce had 119 yards and a TD. Isaiah Hodgins had a great game on 123 yards with three scores off 10 catches.

Utah bounced back well after the USC loss and made short work of the Cougars, eventually taking a 38-13 victory that brought them back to their winning ways. The Utes have posted at least 30 points in each of their four wins.

Oregon State’s been pretty stout on the scoreboard themselves, with at least 28 points scored in every game. The line here looks about right, but I feel like the Beavers have enough firepower to eke in there. I’m probably staying away though.