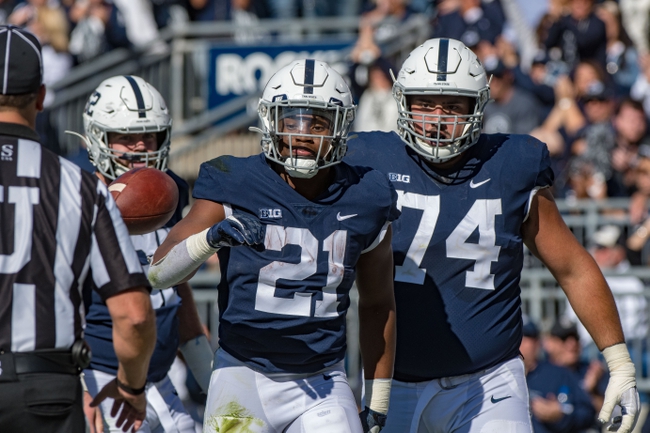 The Iowa Hawkeyes ned a victory here to build on their solid 4-1 start to the season. The Iowa Hawkeyes have won eight of their last 10 home games. Nate Stanley is completing 61.9 percent of his passes for 1,225 yards, eight touchdowns and three interceptions. Stanley has three or more touchdown passes in six of his last 14 games. Ihmir Smith-Marsette and Brandon Smith have combined for 529 receiving yards and six touchdowns while Nico Ragaini has 17 receptions. The Iowa Hawkeyes ground game is averaging 217.5 yards per contest, and Mekhi Sargent leads the way with 311 yards and two touchdowns. Defensively, Iowa is allowing 8.8 points and 254.2 yards per game. Kristian Welch leads the Iowa Hawkeyes with 39 tackles, A.J. Epenesa has two sacks and Michael Ojemudia has two interceptions.

The Penn State Nittany Lions have covered eight of their last 12 games as a road favorite. The Iowa Hawkeyes are 10-4-1 ATS in their last 15 games as a home underdog. Penn State has had an easy road up to this point, so while they're playing well and winning comfortably, the jury is still out on their overall record. Iowa hung around with Michigan on the road last week and continues to be that tough team in the Big Ten that doesn't get much respect but plays its tail off and grinds out victories. Penn State has beaten Iowa in the last five meetings, but at home and under the lights, Iowa has a real good chance to end that streak. Give me the free field goal in a game the Hawkeyes should win outright.