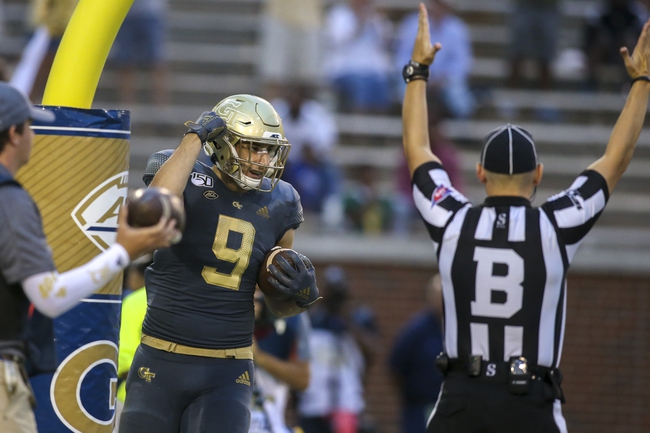 The Georgia Tech Yellow Jackets and the Duke Blue Devils will match up in college football action on Saturday.

Georgia Tech comes in here at 1-4 overall on the year.  The Jackets were able to take out South Florida in game two but otherwise have dropped to Clemson, the Citadel, Temple and North Carolina.

In the loss to the Tar Heels, Georgia Tech QB James Graham posted 171 yards with two TDs and two picks, while Jordan Mason led the rush on 62 yards and a TD. Adonicas Sanders was the top receiver there on 67 yards from three grabs.

Over on the Blue Devils’ side, they’re 3-2. Duke has wins over NC A&T, Middle Tennessee and Virginia Tech sandwiched between losses to Alabama and Pittsburgh.

In the 33-30 loss to the Panthers, Devils quarterback Quentin Harris had 165 pass yards with a TD and two INTs, and rushed for 39 yards and two more scores. Deon Jackson had two catches for 47 yards and a TD as well.

Georgia Tech really can’t get much of anything going scoreboard-wise this year. The Yellow Jackets have logged 14 or fewer points three times this year and given up at least 22 four times.

Duke is doing pretty well in that area with at least 30 points in each of their last four (we’ll kind of just throw out that Alabama game altogether). I don’t see the Jackets getting close here so I’m sticking with the Blue Devils.