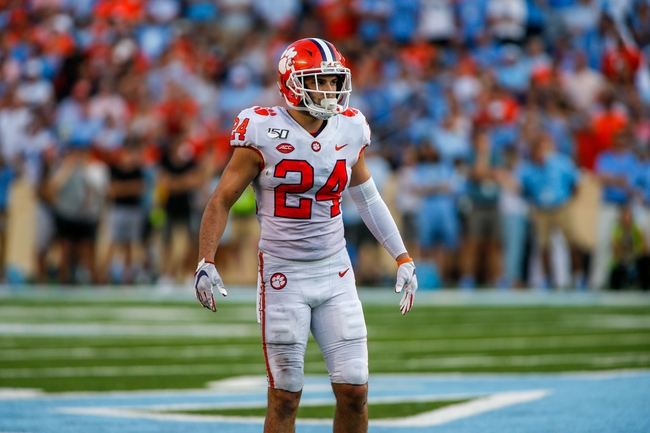 The Florida State Seminoles and the Clemson Tigers will match up on the college football circuit Saturday.

Florida State is sitting at 3-2 overall this season. The Seminoles have fallen to Boise State and Virginia this year but taken out LA-Monroe, Louisville and NC State.

In the win over the Wolfpack, Seminoles QB Alex Hornibrook posted 316 yards and three touchdowns, and Cam Akers added 83 yards and a score. Ontaria Wilson was the top receiver for FSU there with 91 yards and a TD from four grabs.

Over on the Clemson side, they’re rolling along at 5-0 thus far. The Tigers have taken out Georgia Tech, Texas A&M, Syracuse, Charlotte and North Carolina so far.

In the 21-20 victory over UNC, Clemson QB Trevor Lawrence posted 206 yards and a TD, while Travis Etienne had 67 yards and a score rushing. Tee Higgins had a monster receiving game with 129 yards and a TD off six catches there.

The Seminoles seem to have settled in a little bit with their last two wins, dispatching Louisville 35-24 and NC State 31-13. It’s a solid turnaround following just the one OT win in their first three games.

Still, statistically Clemson is obviously going to look incredibly lopsided here, and even with a rightfully lopsided line I don’t think the Tigers will have too much trouble dispatching a lesser team here—even after a bad game. I’m still going Clemson.