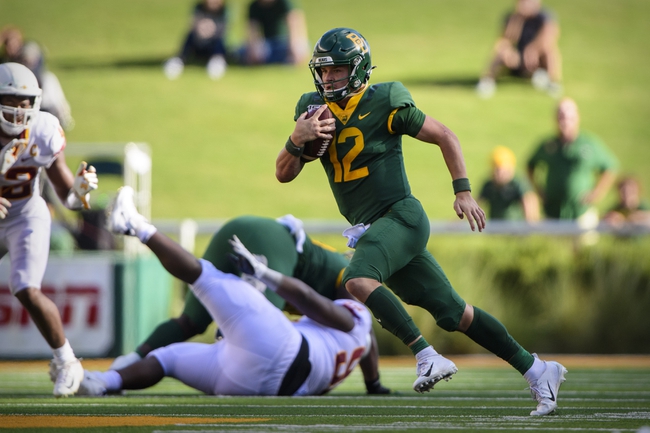 The Texas Tech Red Raiders will look to build on a 45-35 win over Oklahoma State at home in their last outing, improving to 3-2 on the year as a result. Jett Duffey has thrown for 548 yards and 4 touchdowns in relief of Alan Bowman who is out with a shoulder injury. Armand Shyne leads Texas Tech in rushing with 281 rushing yards and 3 touchdowns while SaRoderick Thompson has 259 rushing yards and 3 touchdowns as well. T.J. Vasher leads the Red Raiders in receiving with 24 catches for 358 yards and 3 touchdowns while Dalton Rigdon has 17 grabs for 209 yards. The Red Raiders have four more receivers with at least 100+ receiving yards this season. Defensively, Jordyn Brooks leads Texas Tech with 60 total tackles, inclugins a team-high 32 solo tackles and 3 sacks while Douglas Coleman III has 30 total tackles and 5 interceptions for Texas Tech this season. As a team, Texas Tech is averaging 483.8 yards of total offense and 31.6 points per game while allowing 414.4 yards of total defense and 26.2 points per game against this season.

The Baylor Bears will look to build on their 5-0 start to the year after a 31-12 beating of Kansas State in their last outing. Charlie Brewer has thrown for 1,202 yards and 11 touchdowns on 65.5% passing while John Lovett leads the Bears in rushing with 312 rushing yards and 3 touchdowns. JaMycal Hasty, Gerry Bohanon and Trestan Ebner each have 100+ rushing yards for Baylor this season. Denzel Mims leads Baylor’s receiving group with 29 catches for 438 yards and 5 TDs while Tyquan Thornton has 20 catches for 328 yards and 3 TDs. R.J. sneed and Chris Platt each have 203 and 125 receiving yards this season respectively, while Clay Johnston leads the Bears’ D with 48 total tackles as well as logging 2.5 sacks. James Lynch leads the Bears with 6 sacks this season as well. As a team, Baylor is averaging 465.6 yards of total offense and 38.8 points per game while allowing 306.2 yards of total defense and 15.4 points per game against this season.

Texas Tech has had a lot of success in this matchup ATS, both overall and at McLane Stadium, but that was when Texas Tech was one of the top offensive units in the country. The Red Raiders are still good offensively, but their biggest outbursts have come at home, where they’ve scored 131 of their 161 points this season, compared to the road where Texas Tech’s been outscored 83-30. Those two losses came by 14 to Arizona and 41 to Oklahoma and comparing what we can, I think Baylor’s offense is somewhere between the two but even so, I see that being enough to propel Baylor to a double-digit win at home so I’ll lay the points with the Bears in this one.