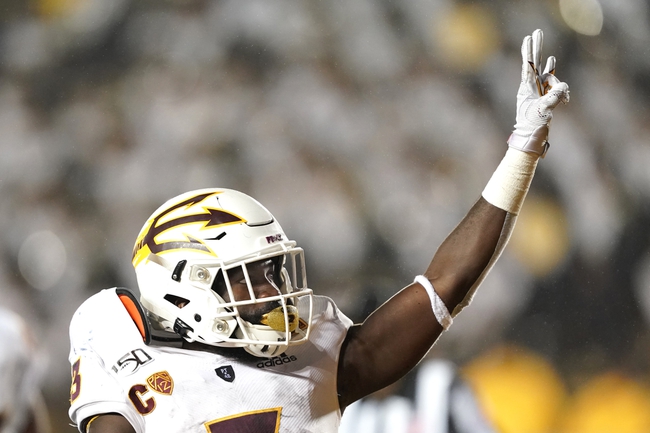 The Washington State Cougars and the Arizona State Sun Devils will match up on the college football circuit Saturday.

Washington State sits at 3-2 on the season. After opening up with victories over New Mexico State, Northern Colorado and Houston, the Cougars have fallen to UCLA and Utah in their last pair.

In the Utes loss, Washington State QB Anthony Gordon managed 252 yards, one TD and two picks, and Max Borghi had 51 yards rushing. Borghi also led the receivers with nine grabs for 70 yards in that one.

Over on the Arizona State side they’re 4-1 this season. The Sun Devils lost to Colorado in game four but have otherwise dispatched Kent State, Sacramento State, Michigan State and Cal.

In the win over the Bears, AZ State quarterback Jayden Daniels had 174 yards passing and Eno Benjamin added 100 yards with three ground scores. Ricky Pearsall’s 38-yard catch got him atop the receiver stats there.

After a nice start to the season, the Cougars have gotten less effective over their last three games, from giving up 24 points to Houston, then 63 to UCLA and 38 to Utah in some rough outings. Things aren’t going to get much easier here against a pretty stingy Arizona State defense that’s given up 17 or fewer points in four of five games. I’m going Sun Devils here.