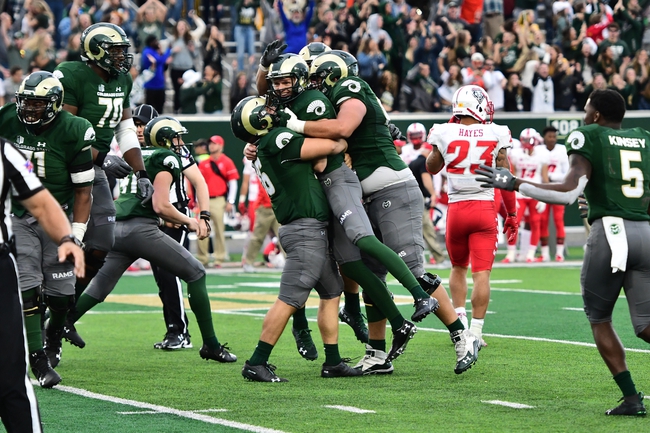 The Colorado State Rams have split their last 10 road games ATS as a favorite. The New Mexico Lobos have split their last 10 home games ATS as an underdog. The last two games between Colorado State and New Mexico have been decided by a combined five points. I'm never in the business to lay points with teams struggling to win outright, and that's what you're doing if you're backing the Colorado State Rams. The New Mexico Lobos have played their best ball at home this season and have the ground game that can grind out an ugly victory. I'm not laying chalk with Colorado State. Give me the Lobos and the points if forced to pick.